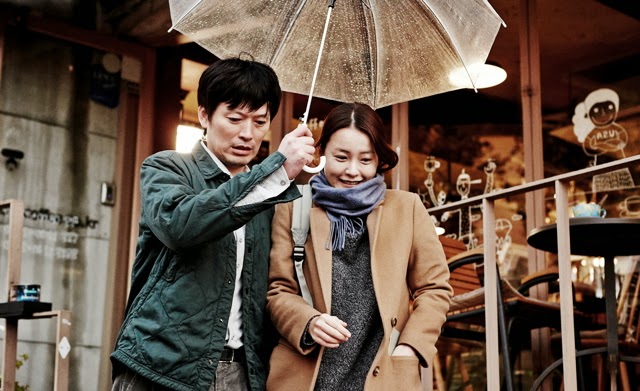 The opening night film of Film Comment Selects is Sang-soo Hong's latest film Our Sunhi.  Its the story of Sunhi who returns to her college in order to gt a recommendation from one of her professors so she can go to grad school in the US. As she waits for her recommendation the professor, an ex-boyfriend and a film director circle around her.

If you know Hong's work you know what to expect, long takes, lots of talk, off beat humor and an an odd sense of story telling.

Pretty much like a good number of his other recent films only more so. The individual scenes are okay, but they never completely connect to each other. The result is that by the time you get to the end you really don't know the point or more precisely why it took so long to get there.

Seeing this on the heals of Hong's Nobody's Daughter Haewon I have to wonder why Hong is such a critical darling.  As I've said before, all of his films of late are very similar, so  similar that you could probably inter-cut his films with very little difference. I mean the same actors and actresses are in the films as are the same locations. Several of the writers at the screening I attended were disappointed in the film. They like me were becoming aware that Hong seems to be spinning his wheels creatively.

Should you see the film? Are you a fan of the director? Then by all means. If you're not you may want to skip it.
Posted by Steve Kopian at February 16, 2014