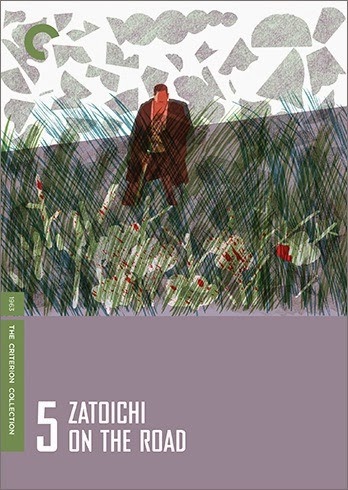 It opens in a gambling den where the proprietors don't like Ichi's winning. A flash of a cane sword and the place in darkness- as everyone realizes who they are messing with....and with that short sequence Zatoichi the character and the series is set. For me this is the point where it all comes together into a wonderful whole as the filmmakers, actors and the audience all get on the same page at the same time.

A more or less straight forward story has Zatoichi following the wish of a dying man and helping a young girl get where she need to go. The trouble is that two gangs both want to get their hands on her so they can ransom her. Zatoichi has to play both gangs against each other  and then ultimate take both gangs on in order to keep his charge safe.

I really like this film a great deal. While I wouldn't say that it "the best" of the series it is one of the most enjoyable on a purely popcorn sort of level. Its a film that you can put on and just sort of have it take you along on the ride. The fact that its a film I just fall into and lose myself in makes it hard to write up. I mean its just a damn fine film.

I will say that this is the next step in the evolution of the final fight. Where Zatoichi The Fugitive ended up with a large scale brawl, this one ends with an even bigger brawl with the final battle reminding me of the final battle in Takashi Miike's 13 Assassins as wave after wave of villains go after our hero.

Definitely one to watch with a nice big bowl of popcorn.
Posted by Steve Kopian at February 07, 2014