Oscar picks and a few notes 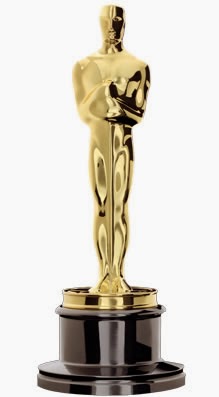 With the Oscars Sunday and things going all over the place  I thought I'd take a moment out to give my picks and to make a few notes about some up coming things. Normally I'd do it in the Sunday Nightcap but I have something planned for Sunday night and since the Oscars are Sunday I figured I'd do it here.

At this point I've seen all of the Oscar nominated Best Picture nominees and most of the other films as well. I've got a capsule piece in the works with brief bits on a good number of Oscar and recent films which I hope to get up soon, but for now I'll give you the choices of who I think should win. I'm not going to guess who will win since I don't have a clue as to how Oscar will go...

BEST PICTURE
My choice for best picture based on the choices is Captain Philips. I loved it. It was tense and nail biting and has great performance by Tom Hanks. The next two would be Dallas Buyers Club and Philomena both of which are moving true stories.

BEST ACTOR
Hands down is Matthew McConaughey in Dallas Buyers Club. While my early choice was the un-nominated Tom Hanks, McConaughey is just as good as Hanks and more than deserving of the award.

BEST ACTRESS
Judi Dench in Philomena. I don't see the others as being that great. Streep is much too flashy for most of her performance and never disappears into the character like Dench.

SUPPORTING ACTOR
Barkhad Abdi in Captain Phillips is the hands down favorite. He's the only one who showed range. Jonah Hill is my second choice.

SUPPORTING ACTRESS
Jennifer Lawrence was so good in American Hustle I had no idea who she was for a good portion of the film.

BEST DIRECTOR
Alfonso Cuaron for Gravity. Say what you will about the film its an amazingly well directed film...so well directed it kind of is missing it's heart.

BEST ANIMATED FEATURE
Ernest and Celestine because its one of the greatest animated films I've seen ever.

FEATURE DOCUMENTARY
The Act of Killing is a punch in the face.

FOREIGN LANGUAGE FILM
Broken Circle Breakdown breaks my heart still. The other choices are not in it's league at all.

I'm not going into the other categories since they don't interest me or because I can't make a proper choice.

---
A couple of quick notes:
Despite my best efforts our coverage  of Rendez-vous With French Cinema will be severely curtailed.  I ended up with a bad case of the flu, the worst I've had in decades and it laid me out for the four solid days. This effectively wiped me out of the press screenings (not to mention seeing Rocky on Broadway and dinner with friends). I have plans for some public screenings but they are still in flux and will result in considerably less than the 14 films I had planned. The upshot of this is that next weeks planned French Film Buffet has been replaced by the dark halls of English manor houses in a week largely made up of moody Edgar Wallace Thrillers.

I do have to mention that our SXSW coverage is all messed up as well.  Things have been sliding away, but there is still hope to get you something.

---
And Randi's Links:
Brian Cox talks about acting
Which Marvel character belongs to which movie studio.
Bits on Martin Scorsese
History of Godzilla Part 1
Celluloid Heros:NY Cinema and it's Soundtracks
What Difference Does it Make?:A Film About Making Music
Posted by Steve Kopian at February 27, 2014