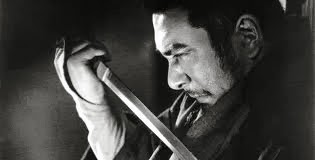 Chinese New Year is done at Unseen and we’ll be moving across the East China Sea or the Sea of Japan for a month of films about everyone’s favorite sword wielding blind masseuse Zatoichi. Ichi was played in 26 films and a TV series by Shinataro Katsu who ended up with the character as his signature role.In honor of the recently released box set from Criterion and because the 26 films will fill in the film a day slots to the end of the month, we’ll be looking at all of Katsu films.

The bulk of the films were made from 1962 to 1973 with the final film coming in 1989. The TV series came in not long after the end of the first 25 films. The final film came ten years after the series and it kind of closed out the series and Katsu's career. You’ll be getting bits and pieces of the history of the films and series in the reviews so I won’t go into that other than to say that the series was so popular in Asia that the character ended up meeting the Toshiro Mifune's Yojimbo character in one of the later entries as well as Jimmy Wang Yu's One Armed Swordsman. 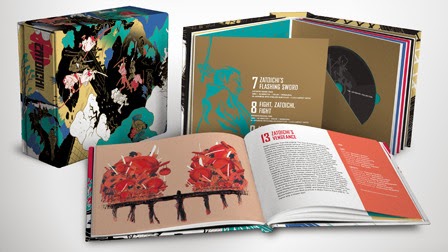 The character was ripped off and remade numerous times over the years from Spaghetti westerns (Tony Anthony played a gunslinging version in a couple of films from Italy) to American comedy action films (Rutger Hauer in Blind Fury) and even elsewhere in Asia (The most obvious rip off was Chinese film called Zatoichi and the Flying Guillotine). In recent years there has been two continuations with the character Takashi Kitano’s Zatoichi and the Kitano produced Zatoichi The Last. Plus a film called Ichi about a young blind disciple of Zatoichi who happens to be a girl. And of course there was Takashi Miike’s stage version. While we’ve done some of those films already, we’re just going to concentrate on the Katsu films (though reviews of Ichi and Zatoichi The  Last will be appearing at some time during the month).

I know you’re probably wondering why are we doing this? Partly because we like the films, mostly because as we slide toward our fourth anniversary and the end of written in stone rule of a movie every day we figured to go out doing something special (even though we’re pretty much  programmed into May at this point.). And when I say we, I do mean we, this is a group effort with Hubert, Mr C and Alec signed up to give their takes on films. Not only that several more Unseeners are debating getting into the mix as well.

So sit back relax and watch how far from helpless a blind man can be. 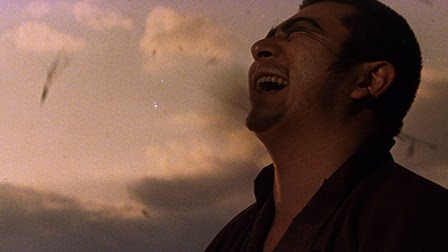