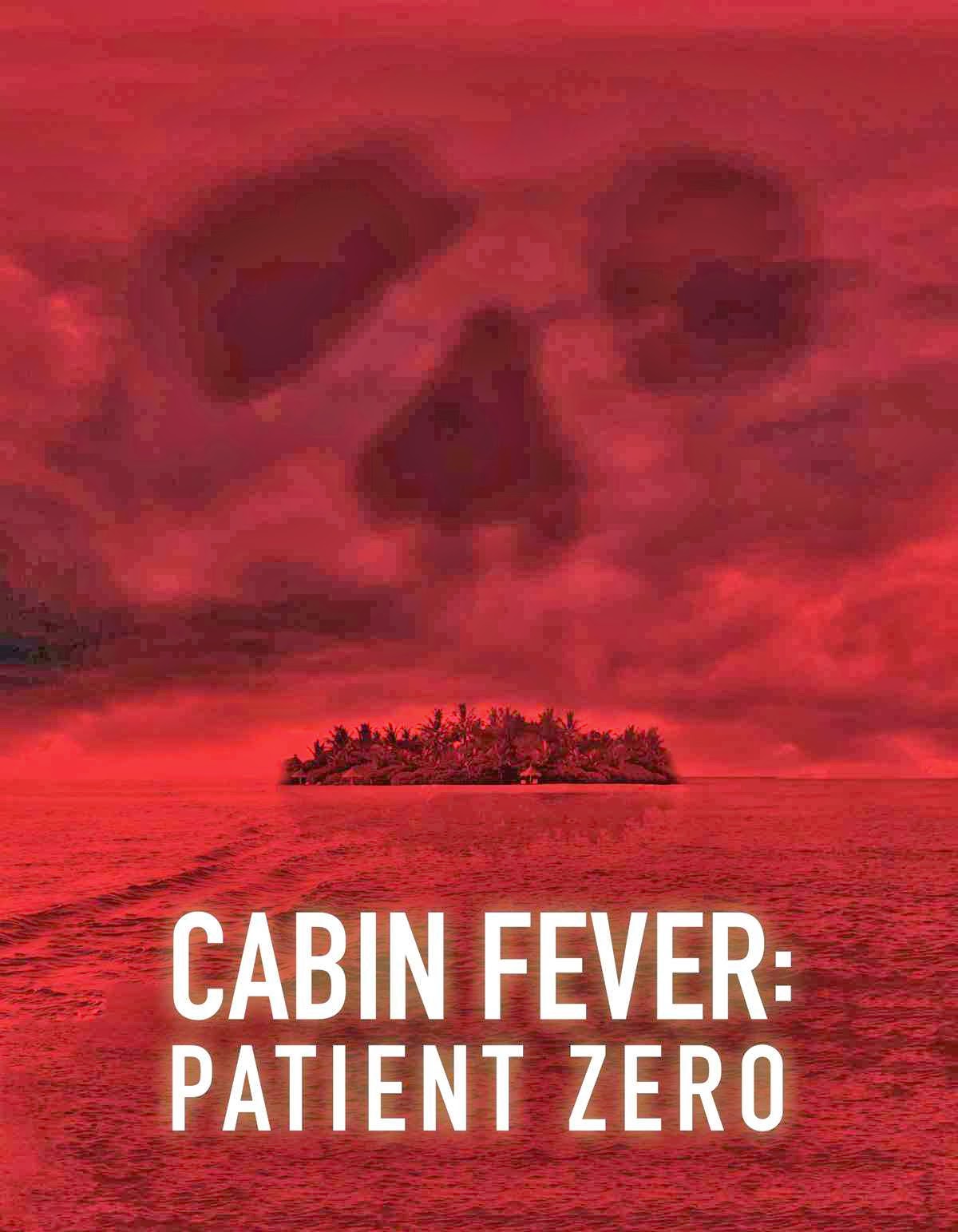 Cabin Fever: Patient Zero begins with the virus being contained and experimented on in an underground lab. Here we meet our first cast of characters: the generic scientist, his two female assistants (one of which resembles a Porn Star) & the carrier of the virus, actor Sean "Rudy" Astin. A quick paycheck is the only reason I can see why Astin would agree to this. Though for most of the film, he's not given much to do. The other half of the plot revolves around a group of young 20-somethings who are on a boat trip to a deserted island. They act like douchebags, smoke weed, everything cliched characters do before they're eventually killed off. Of course the island they land on is the same location where the virus is being held. Once the contamination is breached, thing's take a very bloody turn.

Director Kaare Andrews has shown potential between Cabin Fever: Patient Zero and his 2010 feature debut, Altitude. Both films have started out strong, but ultimately fall apart in the second act. Hopefully this is something Andrews can correct in the future.

The acting and dialogue is everything you'd expect out of a typical direct-to-video film, so no point in dwelling on that. The one thing that Cabin Fever: Patient Zero brings, and it comes in buckets, is the gore. If you thought the leg shaving scene in the original film was rough, that's nothing to what you'll witness. For that reason, as well as an epic girl fight that comes near the end of the film, it's worth checking out. The dark humor that ran rampant throughout the first Cabin Fever is gone, which may disappoint some. But it is light-years better than the previous installment. Plus we already have the announced, yet to be filmed, Cabin Fever: Outbreak up next. Hooray for endless sequels.