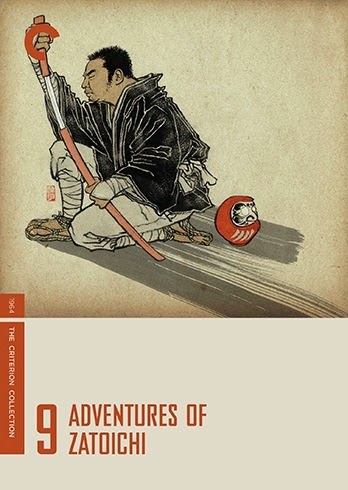 Nine films into the series and watching Zatoichi go through his paces is some how comforting. You know what you are getting and you know how its going to play out but you really don't care. Besides the twists and turns and colorful characters keep it all interesting.

Actually the really intriguing thing about the series is that unlike other series all are of a high quality. Almost without exception all of the films are enjoyable. There are no bad films in the bunch with the weaker films only seeming weak when compared to the rest of the run. When you compare the individual films films outside the series they tend to stand tall and tower over them.

This  time out Ichi is once more on the road. Given a note by a man on the road he heads into a town where he is to give a girl the message. It transpires that the man on the road has escaped from captivity and is the brother of the girl. He is wanted for murder.. At the same time Ichi promises to help a young woman try to find her father who went missing about the same time and place as the murder occurred. Everyone's plight is of course tied to the corruption in the town which has the local magistrate using gangsters to strong arm  the people.

One of the better films in the series is a real joy. Its a film that you want to curl up with and lose yourself in. By the time it was over I was ready not so much to move on to the next film in the series rather, I wanted to restart the film and watch it again.

As with all the Zatoichi film the film is full of great set pieces, from Zatoichi knocking everyone over on the stairs, to the gambling sequence where the house decided to go one on one with a blind sucker only to find he was on to their tricks, to the night fight in the woods, to the talk with the old man who could be Ichi's father...it's one great bit after another played out by some really great characters.

I really love this film a great deal...so much so I'm going to stop writing and go watch it again. I suggest you do like wise.
Posted by Steve Kopian at February 11, 2014