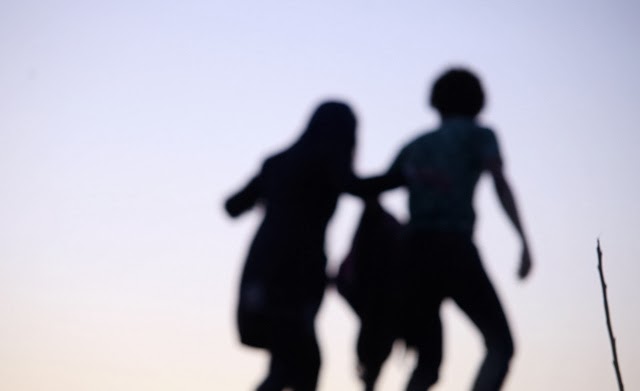 As an experience this is a must see film. This film is so far out there that its going to divide the audience, with most people either heading to the exits or saying rude things about it. A small percentage of the audience are going to be rapturous. I have no idea what I think of the film as anything other than a head trip experience, but as that, it's the kind of film that makes drugs optional.

Ignore what the official synopsis and descriptions say. The official bits say a lot of things that aren't in the film.  The simplest way to explain the film is to say that an obese man uses his deaf and dumb son to extort money from women. All of the details aren't explained in the film. Somehow the man and the son end up some how connected to a woman who takes pictures. What anyone's relationship, as well as what is real, what is a dream or a hallucination is anyone's guess as the father drifts in and out of realities.

Arty, pretentious, experimental, trippy, a mess, a supreme definition of WTF? Fat Shaker is all of those things and more. Roughly seven people wandered out of the press screening I attended. The first one headed for the exit after the second cupping scene. We can see were lesions on the man's back and coming after a bloody sequence with leaches I'm guessing it was too much.

Personally I considered heading for the exit myself, but I decided against it. Say what you will about the films free form narrative, the film's bouncing through time and head space made for challenging viewing. This is not a film you can simply allow to wash over you, this is a film you have to attack and wrestle with. Its a film that challenges you to work out what is really going on.

To be perfectly honest, I don't have a clue what it's all about. I know I know bits of whats going on, at least I think I do. I couldn't tell you what the larger picture is or how this would play in it's native Iran.

Should you see the film? Only if you're willing to go into someone else's head space. You also have to be open to the film's way of doing things and it's way of almost coming at you with hammer and tongs in an effort to beat you into submission. If you don't want to be challenged stay away. If you want a conventional narrative, stay away. If you want a unique viewing experience by all means go see this film.