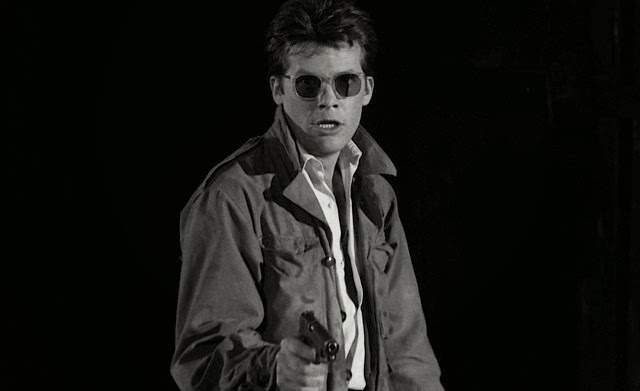 Considered one of the best films to come out of post World War 2 Poland  Ashes and Diamonds is the final chapter in directors Andrzej Wajda's trilogy of war films. The film is one of Martin Scorsese's favorite films of all time.

The plot of thefilm has a Polish freedom fighter ordered to kill an incoming commisar. His first attempt goes wrong and the wrong men are killed. While he waits for a second chance, he makes time with a bar maid and ponders what might have been and what he is doing.

I'm going to take a neutral position with the film. While it is a very good movie, I was very much distracted by this being considered a classic and a favorite of Scorsese. Sitting in my living room watching the film I was waiting for the film to knock my socks off or if not knock the socks off then at least impress me in some way.  Again, its a good film but the first time through I had so much baggage that it got in the way of my enjoying the film.

Should you see the film. Oh most definitely, but when you do so let go of the baggage and just let the film wash over you. I'm planning on revising the film, at which time I'll re review the the film.