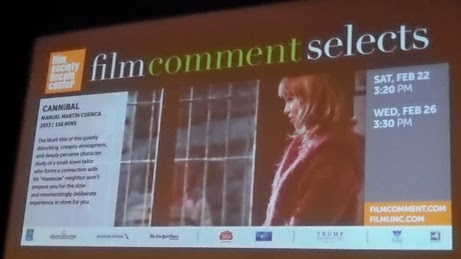 A neatly dressed middle aged man named Carlos quietly goes threw his life in a small Spanish town as a tailor of great talent. He knows all the right people and is even working on making a replica of a ceremonial cloak for the church. However Carlos is what the title says and when a beautiful young woman moves into his building things get complicated.

Deeply disturbing matter of fact story produced groans through the audience of "Oh God No" at one point at the screening last night. The reaction was not because of what we saw but what we thought was going to happen. That's the power of this film, its all implied by either shot selection or by the wickedly fantastic sound design. Nothing is graphic, nothing is overt, the film shows us a few things and then lets us fill in the rest.

This is a film of silences. There isn't a lot of dialog, Carlos is a man of few words. Much of the dialog early on is simple pleasantries,later on, especially toward the end the words are carefully chosen. Because the words are so fleeting, ultimately the Carlos we see is a watcher not a doer, the performance by Antonio de la Torre had to be spot on to convey the world of emotions inside Carlos, and it is. de la Torre gives whatis probably one of the best performances you'll ever see but its so damn understated that you'll never notice just how great it is. Its Oscar worthy, but they'd never give him one because it looks like he isn't doing anything when he's doing everything.

The first ten minutes of this movie is a brilliant set piece. The opening titles play out as we watch a couple at a gas station from a distance. We think its a throw away and that we'll join the couple and go on our way, instead when the titles end as the car pulls away, things flip. A car window closes and we realize we've been watching the couple from inside a car the whole time. From there we watch as a car crash occurs, the woman is removed from the car and Carlos takes he to the cabin in the mountains. What follows is disturbing in its matter-of-factness and implication. Its also the point where we are hooked.

After the film there was a great deal of discussion by a group of film goers in the back of the theater, They loudly (and I do mean loudly I was sitting way down in front at the Walter Reade) arguing about the film and what it was about and why it didn't do certain things. They seemed not to be able to handle the fact  that this isn't a conventional horror story,but really a character study. They wanted more "drama" and less life.

In someways they may be right, but at the same time the fact that the film doesn't create complications, doesn't go through twists and turns and show gore,makes it more chilling, more frightening and infinitely more haunting. The final sequences are much more touching and much more of a gut punch in a sad way simply because Carlos is never made out to be anything more  than just a guy. The fact that he's never shown to be a classic monster, even though what he does is monstrous, is the disturbing part because this time out as we watch a horror movie, we realize, really realize that monster could be us.

One of the finds of 2014. Go see it when it plays Wednesday at Film Comment Selects.Details here 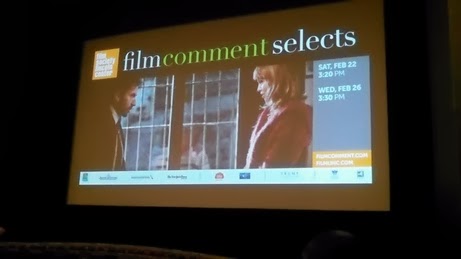