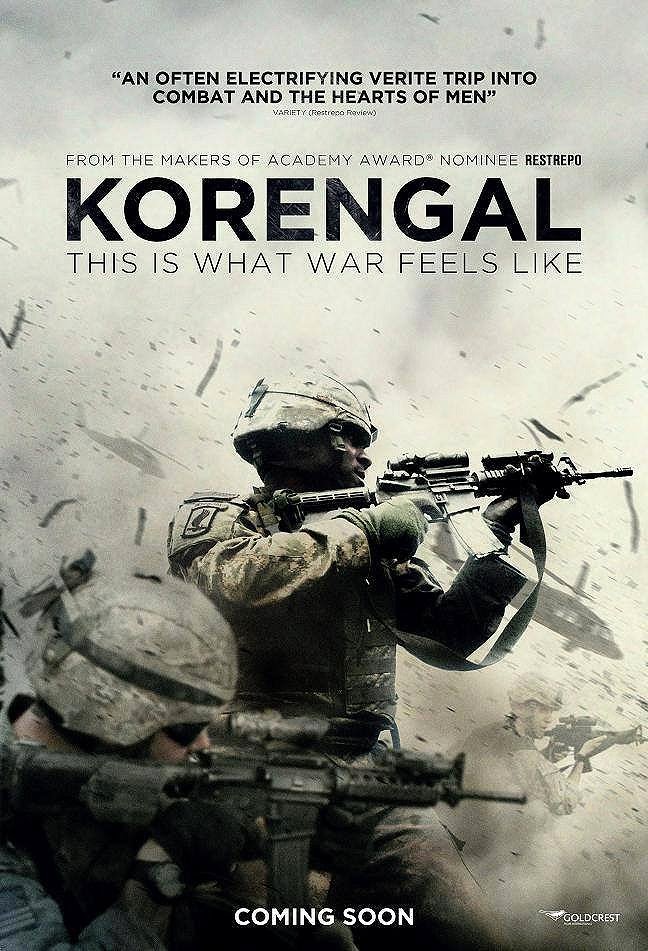 Sebastian Junger's KORENGAL is a great film. A follow up to his and Tim Hetherington's RESTREPO this film is just on the guys in the base and what it's like to be a a soldier.

Put together from the 150 plus hours of footage that Junger and Hetherington shot while making RESTREPO the film is not focused on anything so much as being a soldier. What is it like to be a soldier in a war zone. Its a stripped down look and its almost to the point where you could remove the Korengal Valley where the men are located and have it stand as for fighting men anywhere.

The strength and the power of the film is that the film isn't rah rah. This isn't about a glorious cause, unless its for the men on either side of these guys. This isn't a film about how great it is to be a soldier, actually most of the guys don't really know why they joined up and wouldn't want to be where they are except that not to be there would take them away from their brothers in arms. The forged bonds are why the men are there. One of the soldiers talks about how at a certain point he stopped caring, be stopped ducking for cover, stopped trying to remain safe, he only came around to doing things the right way when it was pointed out that if he went down one of the other guys would be put into danger to get his body back.

I've always knew that the band of brotherhood forged under fire was but until I saw this film I don't think I ever really understood it.

Sebastian Junger has made a truly great film. By focusing on the bonds and lives of these soldiers he's made a film that speaks about all soldiers across time. I can't give the film any higher praise than that.

The film opens Friday in New York and is highly recommended.
Posted by Steve Kopian at May 26, 2014