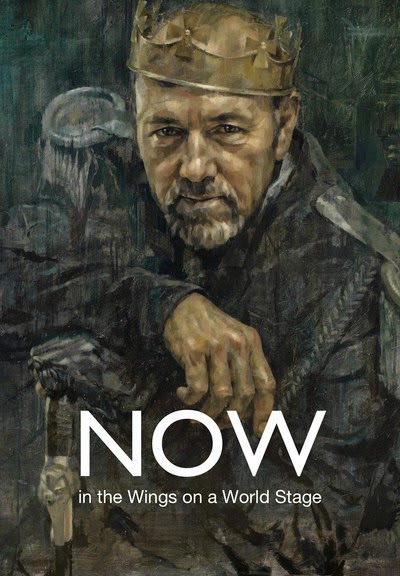 NOW: IN THE WINGS ON A WORLD STAGE (directed by Jeremy Whelehan) recently screened during the Tribeca Film Festival 2014 and last week started its run at IFC Center in New York City.  The film is a documentary that takes the viewer behind the scenes during a production of Shakespeare's tragic play, Richard III starring Kevin Spacey in the physically demanding and and at times, humorous lead role.  Clips of the actual performance of the play is worth the price of admission.  The film also shows cast members enjoying themselves during a world tour which takes them to different theaters such as the ancient Greek Epidaurus and stages from Beijing to Brooklyn.

Kevin Spacey made a special appearance after the 7:00 screening on Friday for a Q&A with the audience which included Steven Van Zandt.  Mr. Spacey acknowledged him and mentioned that if it wasn't for the television series The Sopranos laying the foundation, there wouldn't be Netfilx's HOUSE OF CARDS.  Spacey also mentioned that his role of Frank Underwood in HOUSE OF CARDS is based on  Richard III.  Check out some photos and video below from the NOW Q&A.