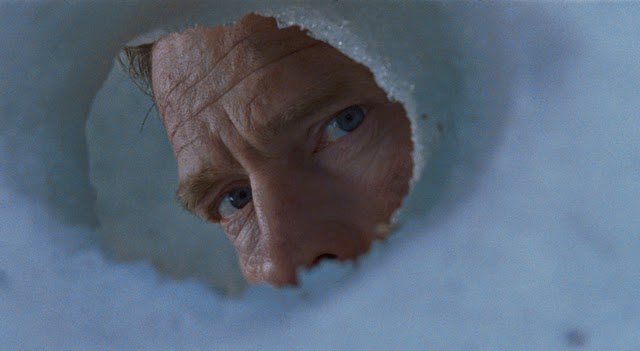 One of the best films from last year was Whitewash. This twisted little tale was absolutely one of the highlights of last year’s Tribeca. I’m truly shocked that it’s taken this long for it to find a distributor because its so damn good. (My original review is here)

The plot of the film is pure film noir but the tone is existential black comedy. The film begins with Thomas Hayden Church running over a man with a snowplow and burying him in the snow. How he came to do it and what happens after it is the film. To say that no deed, good bad or indifferent . doesn’t go unpunished is an understatement. It all goes wrong for Hayden Church and it’s a twisted delight watching it happen.

This is probably the best thing that Hayden Church has ever done. A perfectly modulated performance it’s worthy of an Oscar and a step up to full-fledged leading man. Its amazing and makes you wonder why he does quirky characters instead of just playing things straight.

I loved this film last year (my original review can be found here) and I love it this year. With the film hitting VOD Friday you owe it to yourself to see this film as soon as you can.
Posted by Steve Kopian at May 01, 2014