Two from IFC FILMS -Gods Pocket and The Face of Love

As long time readers know I subscribe to the IFC IN THEATERS service on cable. It allows subscribers to see current IFC releases for nominal monthly fee (as in less than half a movie ticket price in these parts)  Over the last few days I took a look at some of the films they were offering. While both of this warranted mentioning, neither deserved a big write up. 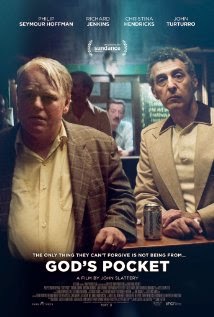 Gods Pocket
One of the last films from actor Philip Seymour Hoffman has him as a down on his luck guy dealing with the death of a step-son, the unhappiness of his wife and gambling debts

The first film directed by actor John Slattery, Gods Pocket is as well made and well acted as a film as you're ever likely to run across.

The problem is it's also a real downer. This is 89 minutes down among the down and out. Its a bit too much down and out and about 20 minutes in I wanted to bail because it was so bleak. I hung in their for the performances. 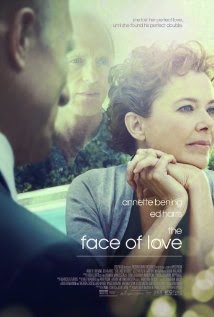 The Face of Love
Annette Benning is married to Ed Harris. When he dies she ends up falling in love with someone who looks exactly her dead husband.

I know thats not a ringing endorsement however f you want to see something that is good but isn't taxing give it a shot.
Posted by Steve Kopian at May 27, 2014