Captain America: The Winter Soldier — are Marvel's films too interrelated? 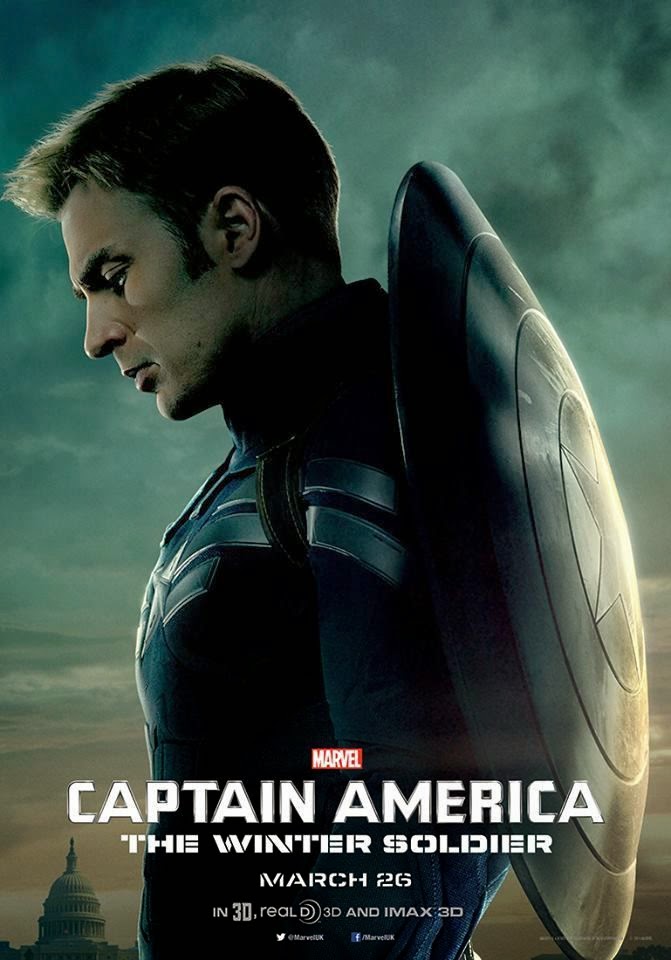 In the middle of Tribeca I took time out to see the new Captain America film. I needed to get away from small independent films and see something big and crashing. I loved the film and its story of villainy under our own noses. Being a long time comics fan I got absolute delight at seeing 40 years of comic continuity spring up on the big screen.

However as the film ended I was left to wonder is Marvel on the road to ruin?

What prompted the question was that one of the reasons I went to the film was that one of the people I went to see the film with needed to see the film because what happened in it affected the Agents of Shield TV series. My seeing the film  cames as Netflix announced that it would be running four TV series that would tie into and affect the Marvel film universe. Of course the fact that every film now affects every other makes it seem as though you have to watch everything that comes out in order to understand anything.

When did movies/TV get so complicated?

Yes, I know this is the cinematic equivalent of the massive cross overs that Marvel and DC will churn out periodically, but those comics were much cheaper than a 15 dollar movie . It's really  getting to the point where nothing stands on its own and everything is aiming toward the next big thing, especially since we get teasers in the end credits.

Do we really need this?

In the Iron Man movies we first had hints of Avengers. Hulk(Edward Norton version)  had Avengers characters in it. Then we had Thor being largely a set up for Avengers and it suffered for it since it was all about getting the cosmic cube and Loki into a certain place and not telling a story. The First Captain America while largely stand alone had threads to Avengers.and Hydra. In the Avengers everything came together and started new directions.

Now in Captain America we have the set up for all sorts of plot threads that will play out in every other film and TV show from here on as characters' roles change, withsome believed to be dead and wander off disillusioned. I'm not against it as such but with Marvel going aiming to saturate the market with multiple films every year plus all the TV series is anyone going to have the desire to see it all?

Frankly I don't have the time.

If you know me you know I don't watch series TV except in reruns or DVD. I don't have the time. I don't have a burning desire to be on top of things because of the commitment it takes to come back week after week. My schedule changes weekly so I can't do that. So any TV series is going to be lost on me. Adding however many series to the rotation is just going to drive me further away since things may get to the point where you need to see it all to have any hope of keeping up.

While I understand the notion from a marketing stand point- keep it all interrelated so we keep a broad audience there are dangers in that strategy- first and foremost what happens when the films start to really suck? What happens if you make a movie that is suppose to lead into the next big thing and no one goes, will you hurt the next film? If everything is tied together and one thing fails will it all?

I know from a comic stand point there were times when Marvel would do big cross overs and put key plot points into their stories in small books no one knew what was going on because no one read them. Marvel would always graciously tell you where things happened but I don't know that many people who would go back and buy say the Midnight Sons comics (I think I'm the only one who has all of Darkhold). What if Marvel starts throwing big movie plot points into the wrong TV show or a failed movie- what then?

My question is will Marvel so over saturate things that people who haven't seen it all begin to feel left out. What if they don't get the references? What happens if they haven't seen the previous 87 films? Will people walk away? Why should I see a film I won't get it because I haven't seen the series?

Its possible, actually I think its probable, that with in a few years that the Marvel scheme will begin to falter when there are simply too many things to keep up on... or worse what is going to happen when the audiences want something else? Is there going to be a time when people don't want to see another Avengers film?

I love that we are finally getting good superhero films, at the same time I see this as the beginning of the end since there is going to be a point where we just stop caring.
Posted by Steve Kopian at May 12, 2014