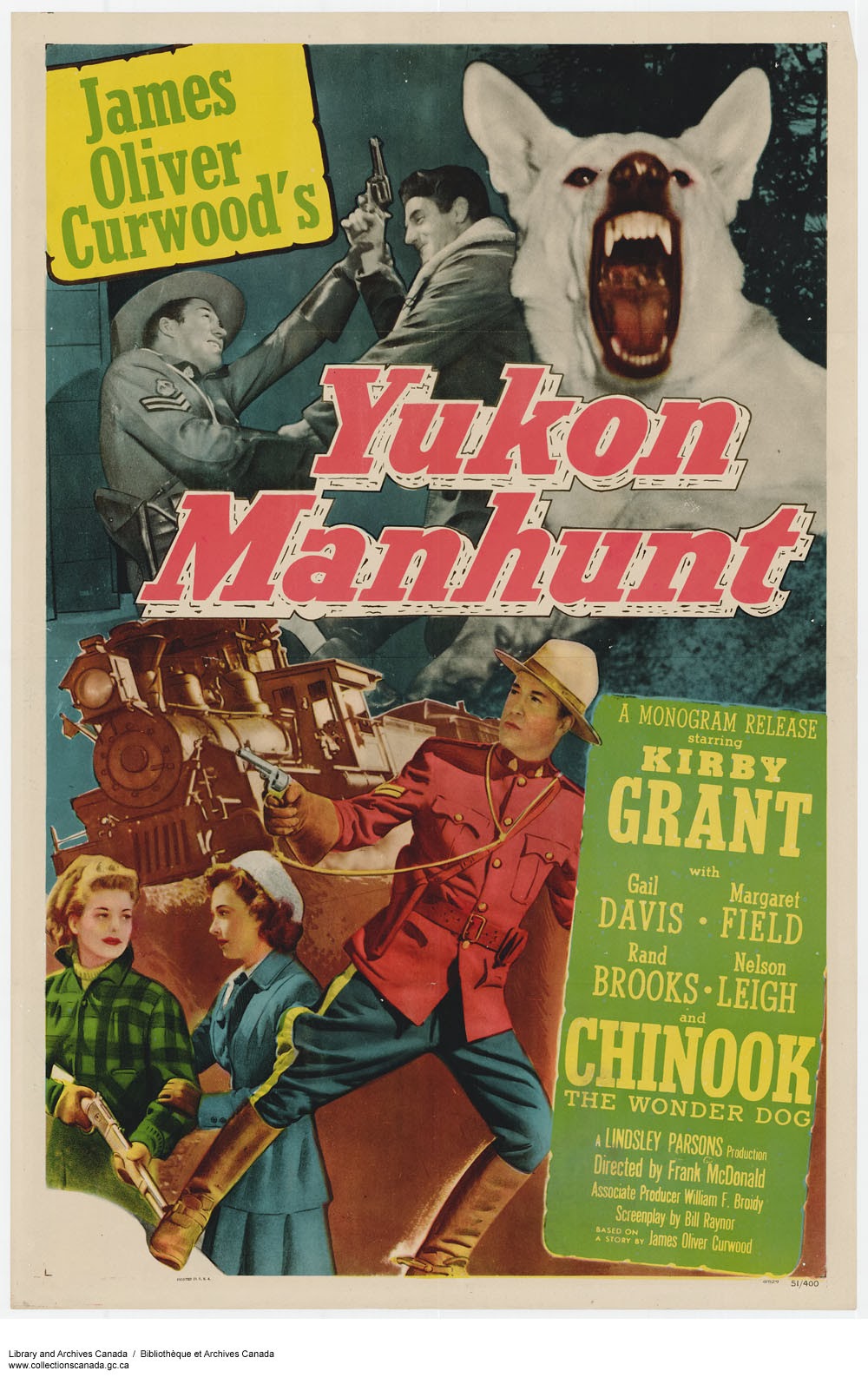 Rod Webb of the Royal Canadian Mounted Police and his dog Chinook are sent to investigate the murder of payroll messengers and the theft of mining payrolls.  Accompanying the payroll on a train to the mining camp Webb is knocked unconcious when he takes Chinook to the baggage car after he wakes everyone up when he senses something. When he awakens Webb finds that some one has gassed the passengers, killed the messenger and taken the payroll.  Soon more bodies turn up and Webb and Chinook are in a desperate race to find out who done it.

As an example of the much maligned western sub-genre of Mountie Movies this isn't a bad movie. It has great location photography, nifty action and great characters. It moves like the wind and so long as you don't think about it this is great fun. I mean how many films from the period end with the hero not being allowed to take a vacation because of an axe murder?

The problem with this film is that the mystery makes no sense. Bone headed things are done from the instant that the plot is set in motion, the most glaring being how did the people who jumped Webb on the train get out of the train car with no one noticing (they were all awake) and secondly why did Webb let everyone go when he had all of the suspects trapped on the train? Does the lack of sense ruin the film? No,but it does make what could have been a great film just a good one.

Currently out on DVD from the Warner Archive  on a disc that includes Northwest Territory and Yukon Gold.
Posted by Steve Kopian at May 21, 2014