The Immigrant opens Friday and you'll want to go see it. 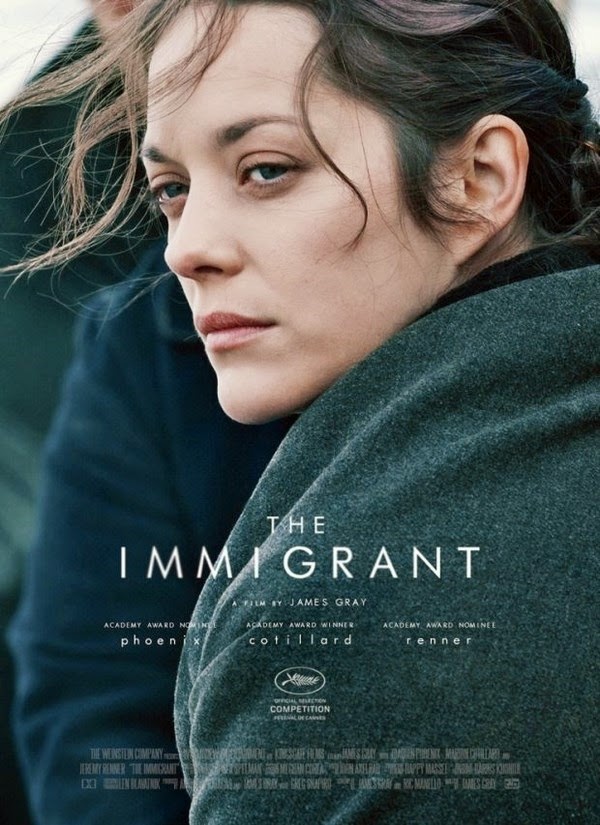 Friday The Immigrant begins its theatrical release in the US. It’s one of the best films I saw in 2013 and is a must see.

The film is the story of a young woman (Oscar winner Marion Cotillard) who comes to the US and gets mixed up with a man of questionable morals(Joaquim Phoenix). All Cotillard wants is to be able to get her sister out of quarantine on Ellis Island and try for the American dream, but things don’t turn out the way she hoped and that’s before she meets a charming magician (Jeremy Renner) with an uneasy connection to Phoenix.

This dark, yet strangely hopeful film was one I didn’t want to see at the New York Film Festival. I didn’t want to visit the darkness, but since it was playing between two big films I decided not to give up my seat. Surprisingly I was rewarded with one of my favorite films of the festival, of 2013 and one I haven’t stopped talking about since I saw it. It truly is a masterpiece.

I highly recommend the film but I have to add that you must, must let the film do what its going to do, all the way to the very end. I say that because the film doesn’t end, it doesn’t truly sum up and punch you in the gut until that last shot. It’s the final image that says it all.