Screening: Across Land Across Sea and Director's Talk with Hark-Joon Lee 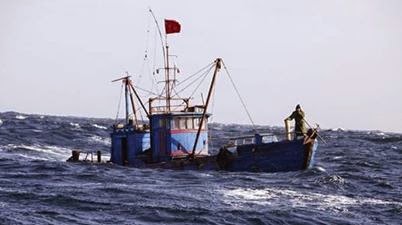 On April 16, the Korea Society hosted a riveting evening with South Korean journalist Hark-Joon Lee, during which his documentary Over Land, Over Sea about North Koreans defecting to the South was shown. Afterwards he spoke about making the film and his varied experiences as a journalist pursuing challenging stories.

Across Land, Across Sea is a barebones account of a North Korean couple’s valiant effort to escape to South Korea and bring members of their extended families across the border safely. The focus is at first on Songgook, one of five defectors traversing ocean by boat to get from China to South Korea. He had escaped from North Korea at 14 and grew up in China, awaiting an opportunity to attempt escape to the South. Safely in South Korea, Songgook took up a career as a construction worker and set his efforts to bring his wife, Sueryon to be with him. Her successful crossing over reveals the treacherous risks involved with defection: One relative was sold to a farmer by human traffickers while another was stopped at a border in Laos and turned over to North Korean authorities. Meanwhile, brokers, the individuals who arrange the clandestine movement of people across the border, send confusing messages about the fates of other family members. The threat of more money being suddenly demanded or misinformation being given to serve an ulterior motive is always present.

Once united, Songgook and Sueryon take up residency in a church providing shelter, guided by Pastor Kim, a community leader who is hands-on in the process of helping defectors from the North make their voyage. The couple occupies their thoughts with plans to bring their family over, while Sueryon is also preparing to give birth. We see the large extent to which their lives and those of their families are left in the hands of these curious go-betweens, who have their own financial goals spurring them on. In one exchange captured by hidden camera, a broker is confronted by authorities with the Sueryon accusing her defrauding them and giving them false information about their family’s status. It would follow that she too was a North Korean defector.

The life of these defectors is presented as being in a constant state of flux, never able to settle down, often coming and going from desolate countryside meeting points or uninviting train stations, wondering if in fact their family members would show up or not. Sueryon reflects on how the most difficult parts of these ordeals is often the waiting.

Much of the process is detailed here including the painstaking journey commonly used by defectors, which takes them through China into Laos (what could amount to a14 day trip by foot), then from Laos into Thailand where asylum can be attained. Travel by boat has offered a faster route to get to South Korea, but one with its own set of dangers. A last courageous effort to bring over several family members finds Songgook purchasing a boat that is later shown to be no match for the rough ocean waves. Pastor Kim, who is supposed to pick up Songgook in a much larger vessel, sets out on the rough waters much later, his departure delayed by difficulties acquiring a ship that can weather the hostile conditions. Against all odds. the pastor is able to locate Songgook's small boat and take the new defectors aboard, yet Songgook’s own ability to return is complicated by details of where he departed from and the legality of his arrival point.

The documentary contains raw but extremely hard to come by footage of nighttime escapes along the banks of as well as the aforementioned harrowing rescue in the middle of a turbulent waters. Yet Lee's perspective remained neutral, leaving his own voice or interactions out of the proceedings. At the heart of the film is the protagonist couple, whose devotion to each other and ability to persevere in the most doubt-filled times shows a triumph of human spirit. 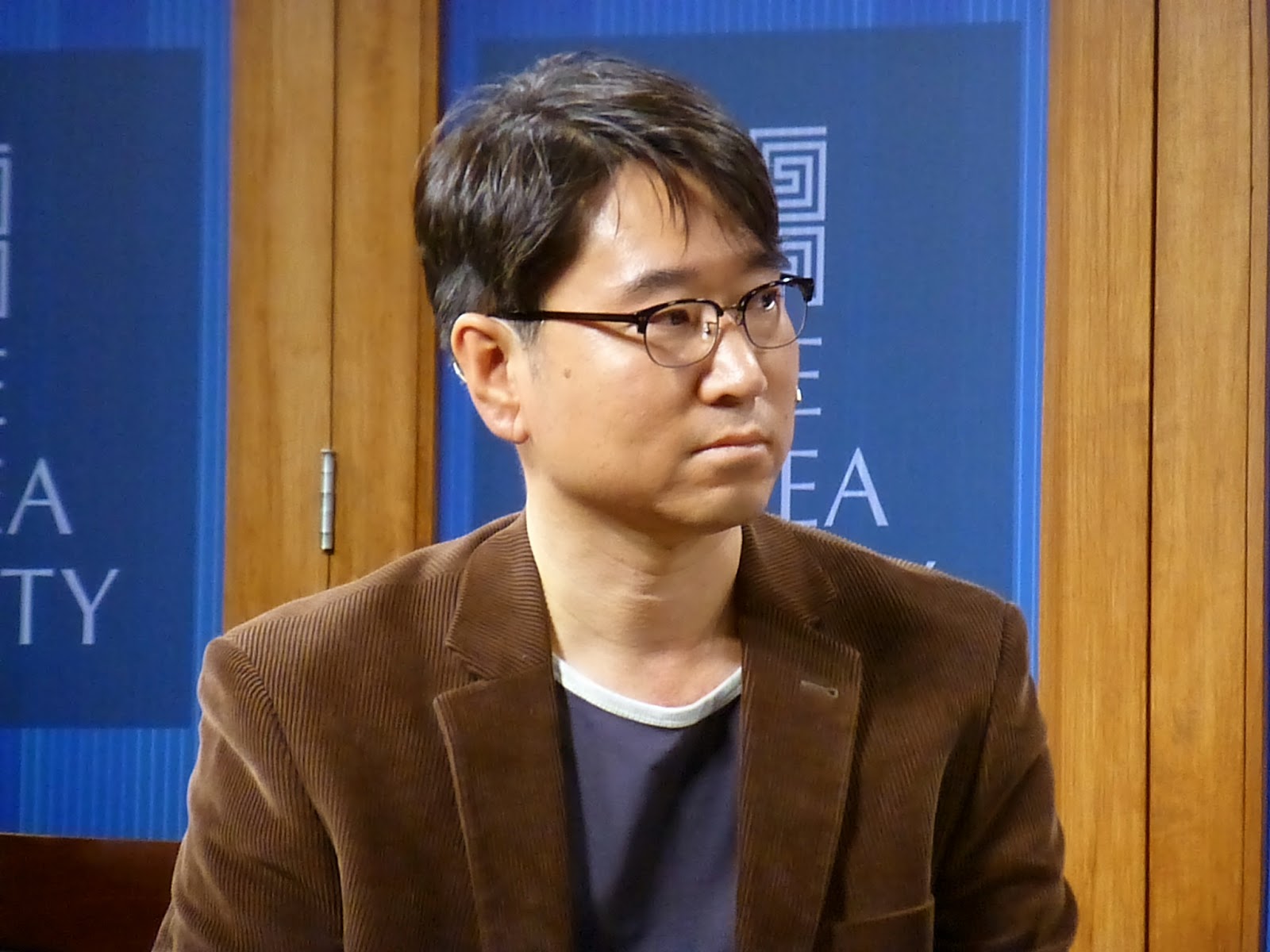 Hark-Joon Lee was interviewed after the screening. He spoke of his initial interests in being a film director, which somewhat unexpectedly led to journalism. Before studying the North Korean defector situation, which he spent several years in China researching,  he was as a correspondent in the Afghan War.

The issue of what causes defectors to make the perilous trip arose, and Park responded by emphasizing that it is a complicated issue. The political climate has changed since the ‘90s, when most defectors tried to leave and ended up stranded in China. Hark was ever contemplative, explaining that he often wondered what exactly makes people wanted to leave, to which he came to the general conclusion that hope for a better life was the strongest motivator.

Lee was very candid in his discussion, talking about how he came to view his subject, Songgook with respect and a certain kind of envy. He considered himself far more calculating in his actions compared to Songgook ,whose commitment to his wife and willingness to put his life at numerous risk to help both of their families caused him to question his own willingness to sacrifice for the sake of his family.

Lee also discussed often conflicting impulses over pursuing a story. In the face of certain difficult situations filming must be stopped while at the same time a need to continue documenting takes hold. For Lee it is often the latter urge that wins out.

Lee suggested that his biggest drive was, in fact, curiosity. When met with the prospect of a perilous trip across the sea, it sparked his interest in the story even more, likening himself to a moth drawn to a flame.

Although the politics of the North-South conflict were discussed, Lee  wanted to make clear that he is far more interested in the human aspect of this story than a political one. He described the subjects here as individuals whose voices should not be passed over in history, hence the importance of documentation, and not losing these accounts. He expressed the viewpoint that often, the people who have made this amazing journey want, more than anything, to be listened to and understood. His priority here is to serving them. 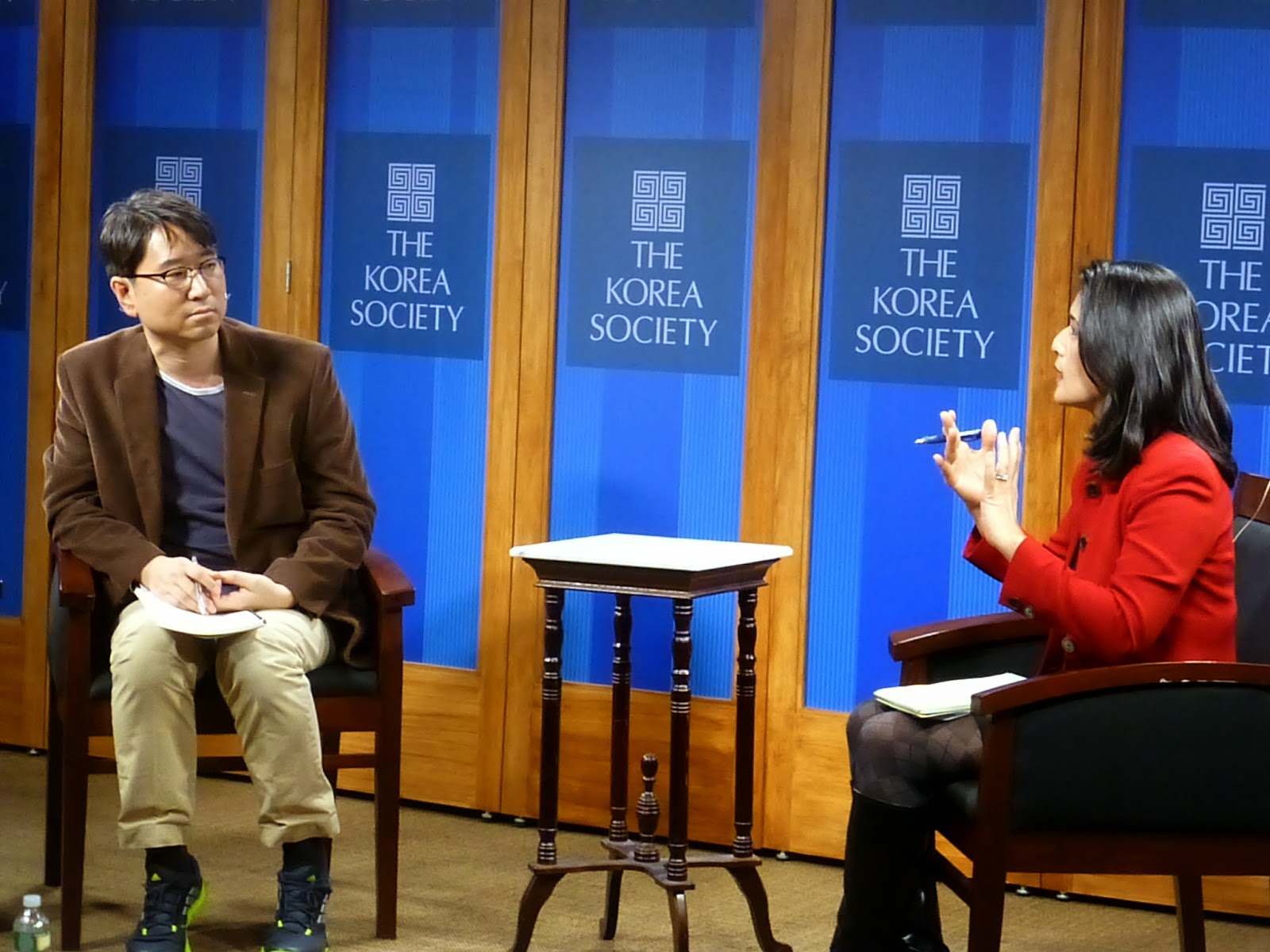 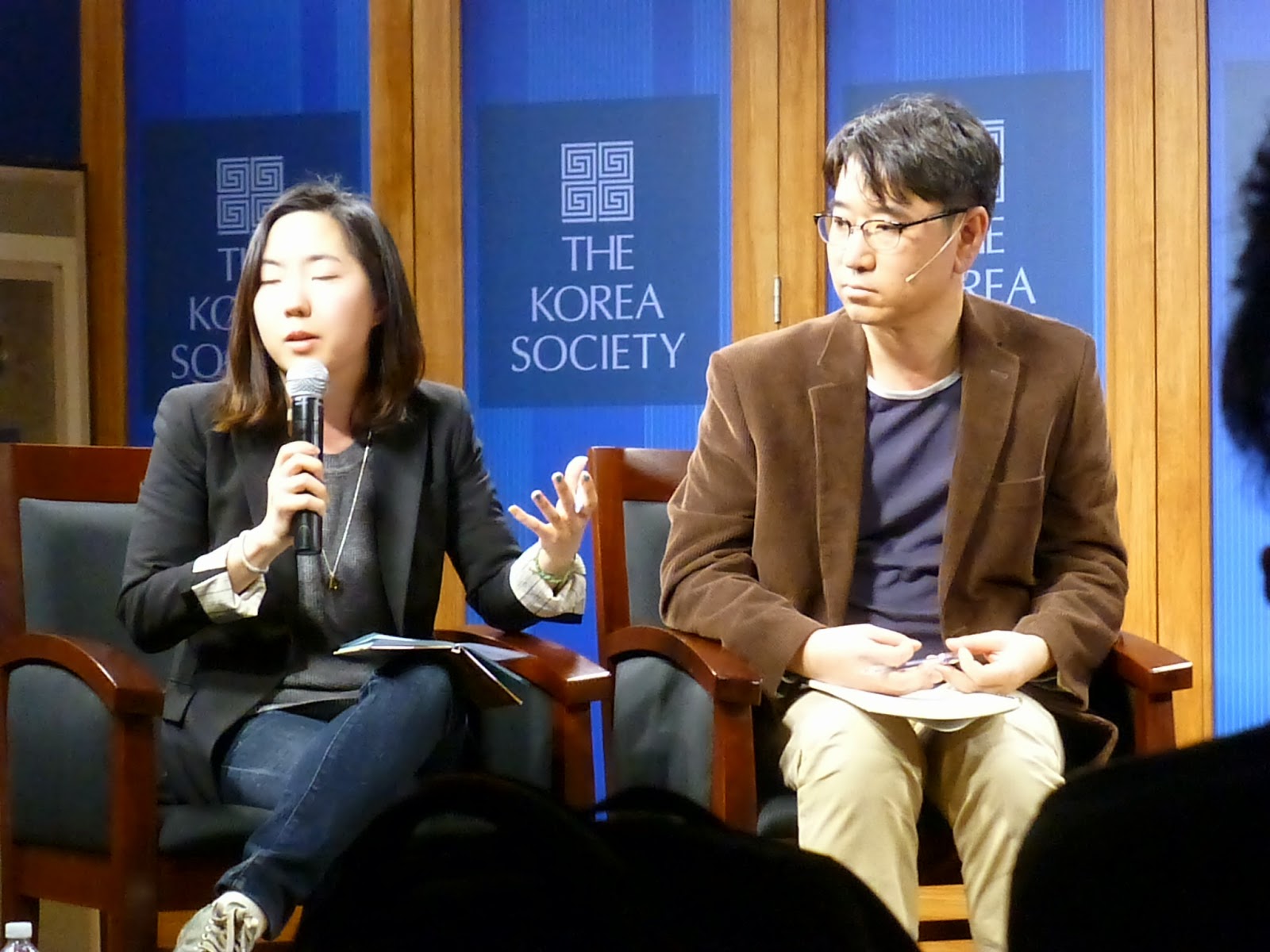 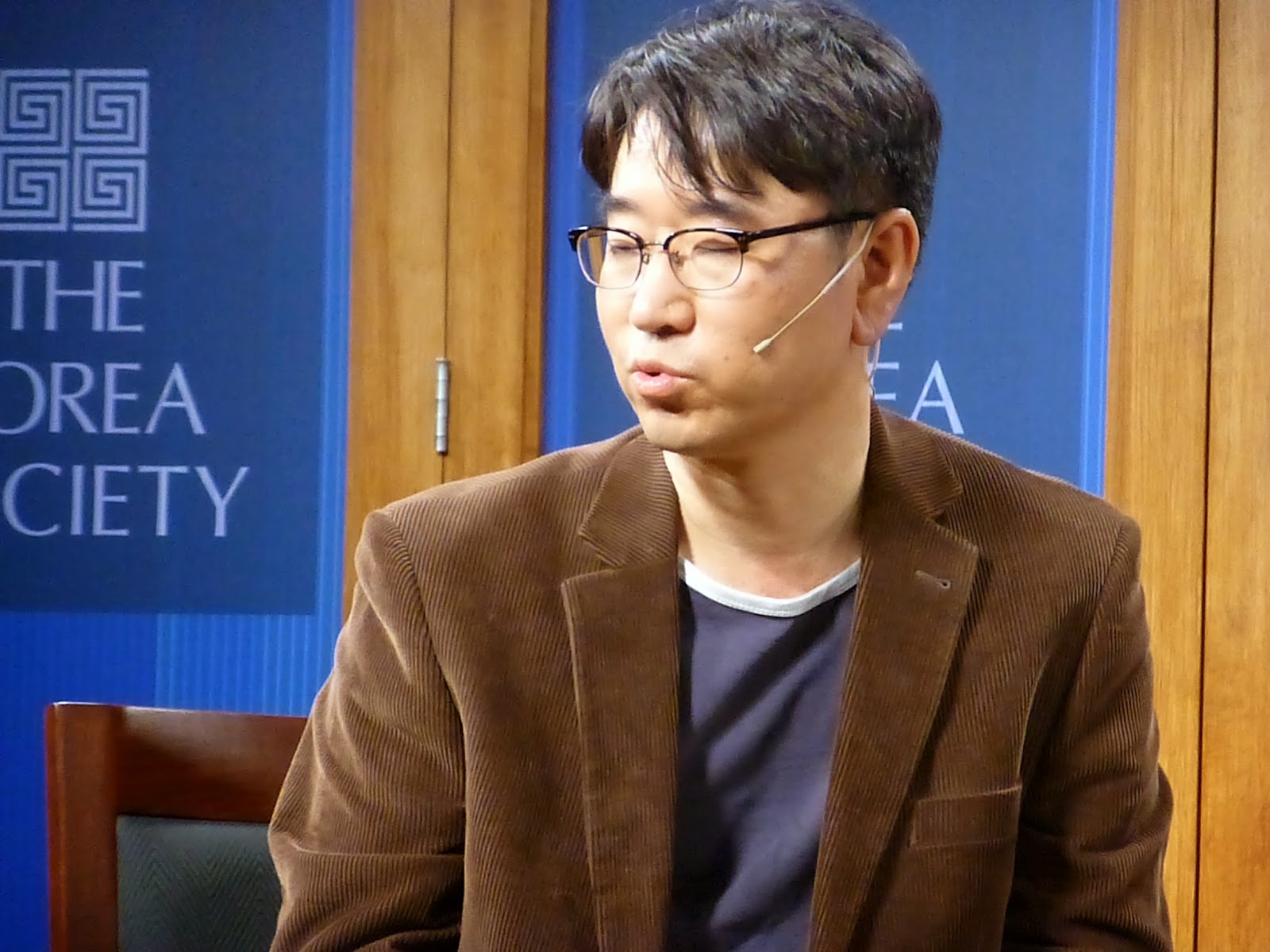