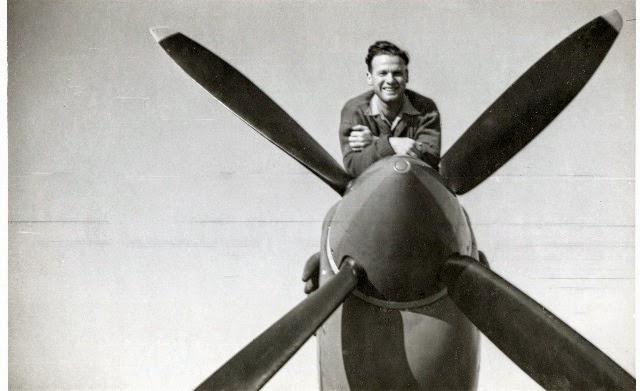 I've been chasing after ABOVE AND BEYOND for the last four months. The film has played at multiple film festivals (including the just concluding New York Jewish Film Festival)and I missed it every time. Finally with the film arriving in theaters this Friday I finally got to see it.

ABOVE AND  BEYOND is the story of how the newly founded country of Israel ended put together an air force in order to hold off the the impending war with the Arab states. With an embargo in place the Israelis, the Israeli's turned to American supporters and pilots who risked jail time and loss of American citizenship to help.

This is a good look at a largely unknown story outside of Israel told by the men who were there. A mix of talking heads, archival footage and recreations the film nicely explains what happened and why. If the film is lacking in some details (there are several times where they don't give enough details)  the film more than makes up for it in  the wonderful stories told by some wonderful men  who recounted their youthful exploits.

The film hits theaters this Friday
Posted by Steve Kopian at January 26, 2015