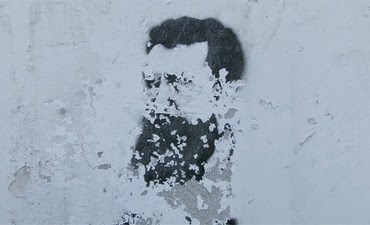 Because the film is world premiering at the New York Jewish Film festival I went into THE ZIONIST IDEA unsure of what I was going to get. Here was 160 minute examination of Zionism,  what was the track that the film going to take? Would it be a true examination of the subject with a look at all sides or would it be a purely one-sided take on a very complex subject? The thought of a one sided affair scared me, Zionism is too complex a subject with too many related issues for an honest film not to take them head on.

I needn't have worried. THE ZIONIST IDEA deals with all of the issues making it one of the first great films of 2015.

The film is a thought provoking at the history of Zionism from the it's creation through today. It wonderfully lays out where the idea of Zionism came from and how it evolved,  While the exiled Jews were always looked down upon the notion of re-founding Israel seemed out of reach since it was thought that it couldn't be done until the Messiah came. The trouble was that in the late 19th century as many people began to think nationalistically, a move that would ultimately break up the  massive empires of Europe, the Jews were with out a country, they had no where to go. Worse even when they tried to assimilate things didn't always work out. It wasn't until Theodore Herzel began to argue that a return to Israel was possible that idea really took hold.

THE ZIONIST IDEA deals with all of the history as well as the very real problem of Palestine and the Palestinians who live and lived in the land where Israel was and is. The problem of Palestine being the home people other than Jews was raised all the way back to one of the first Zionist Congresses which sent a delegation to see if a country of several million Jews would be possible, They found it would be possible but unfortunately the land was already occupied. That the issue is dealt with and the debate with in and without the Jewish and Israeli community is addressed gives this film lots of points in my book.

This film knocked my socks off and I went in not expecting to like it, to knowing that I was going to have to make time to see the film a second or third time to really be able to digest and discuss it with a modicum intelligence.

This film is a must see. Not only for Jews, but for non-Jews and even those who have issues with the existence of Israel. While I'm sure you all know the history of the country and the ideas that lead to its founding, but at the same time you haven't seen it laid out like this.  This is really cool and will get you thinking.

Highly recommended when the film plays on the 22nd and 26th. For tickets and more information go here.
Posted by Steve Kopian at January 19, 2015