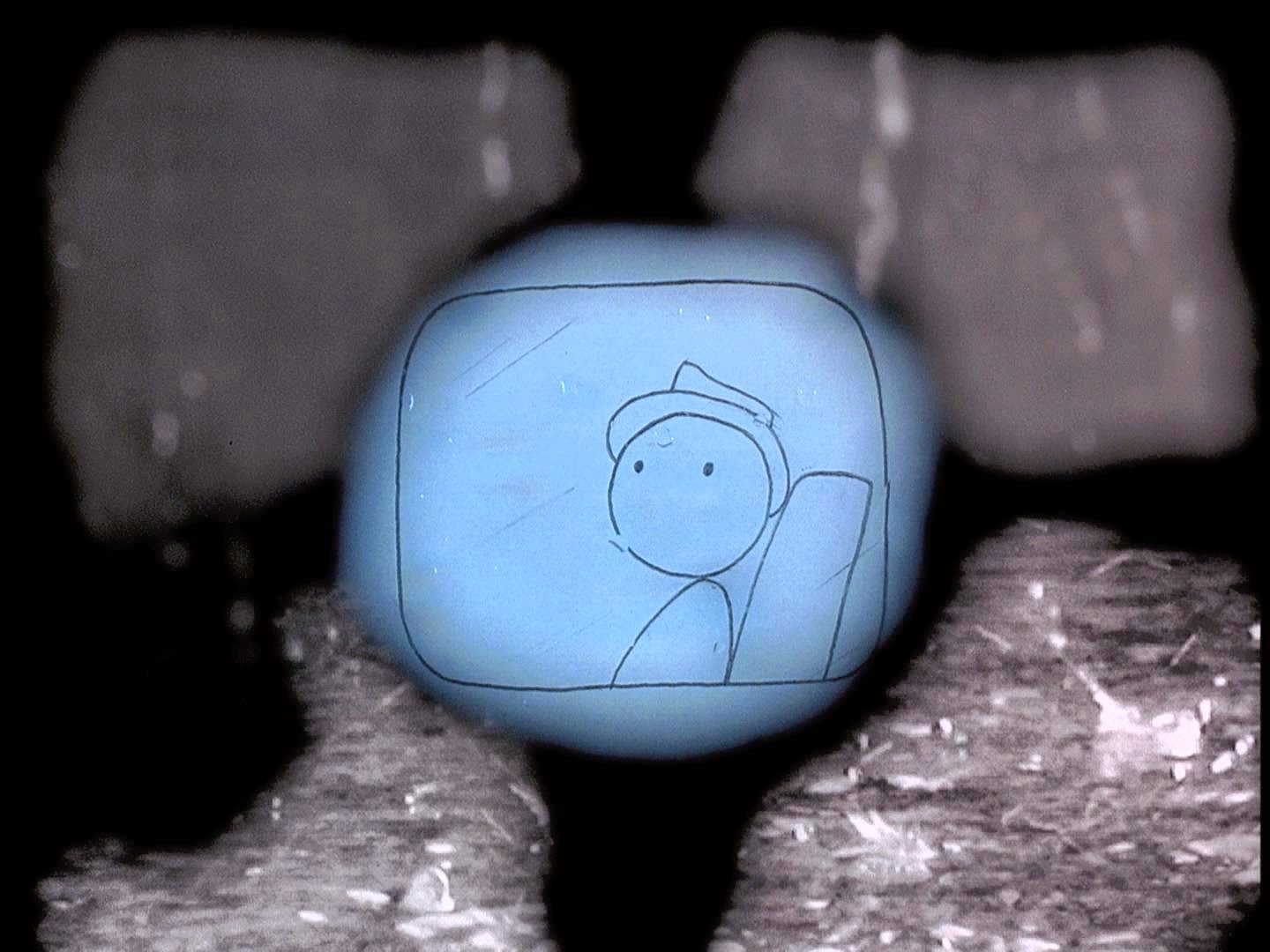 Don Hertzfeldt's latest short film, World of Tomorrow, debuted at Sundance last night, and it was recently announced he's working on a new feature film called Antarctica for Snoot Entertainment. Since January's been a month full of shorts here at Unseen, this just seems like an opportune time to look at Hertzfeldt's ambitious masterpiece It's Such a Beautiful Day.

The 62-minute film is comprised of three shorts: Everything Will Be OK (2006), I Am So Proud of You (2008), and It's Such a Beautiful Day (2011). Each short chronicles the life of Bill, a man suffering from a degenerative mental condition that changes his view of reality and causes lapses in memory. During I Am So Proud of You, we see a family history of mental illness on Bill's mother's side, which bounces between morbidity, sadness, absurdity, and such vulnerable human beauty. And it's funny too. What helps so much with this blend of tones is Hertzfeldt's narration, which is filled with a soothing and even-keeled care for Bill. It's a kind voice rather than a mocking one, and while there are hints of a smile in some lines, none of it is ever cruel. 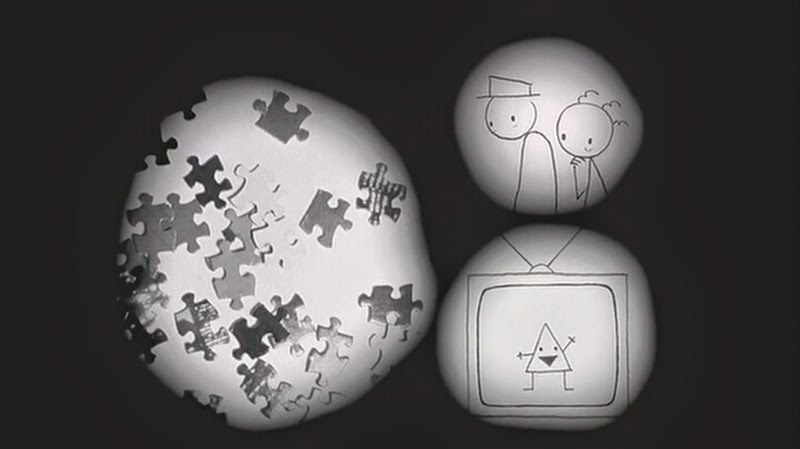 But the narration is just a part of the whole. What makes the films that comprise It's Such a Beautiful Day so noteworthy is how Hertzfeldt fragments his imagery. Rather than fill the whole screen, Hertzfeldt uses sections of the screen to tell the story, with images and ideas played in irises and quarters and eighths of the frame. Moments in time occur simultaneously, and the sound design accounts for the jumble of visual information to create a kind of aural soup. It's a fascinating experiment in simulating Bill's mental state. Occasionally images will take up the whole screen when they are of special significance, or there will be a kind of focal stillness in which a single point in the frame--often one occupied by Bill--allows viewers to observe other points in the frame relative to the other. It's a game of seeing and noticing and appreciating what's happening between images and in images.

Hertzfeldt works predominantly with stick figures, and yet he captures so much human emotion in these little guys. Sure, there are animated photos and some video involved in much of the film and used to startling effect--more fascinating is that many of these multi-media effects were achieved in camera--but the strength of Hertzfeldt's art is finding the little details that say so much. The shape of the eyes and the angle/position of a mouth take on such an uncanny humanness. The ovular eyes and the little tilt up of a mouth is a pleasantly surprised smile, no need for the obvious parenthetical mouths in an emoticon. Similarly, Hertzfeldt identifies an odd sadness in just a few choice strands of hair or a little curve under an eye or the slope and posture of one of his characters. He'll marry the image to a line in narration--an observation, an idea, an aside--and both get anchored in the brain and cause a little catch in the throat and tug at the heart. 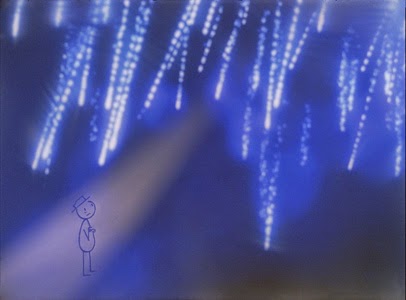 In Hertzfeldt's landmark short Rejected (2000), the writing was off-the-wall absurd and quotable. Lines from Rejected still jump out at me (most notably "My anus is bleeding!", and yes, it's hilarious). In It's Such a Beautiful Day, there are still quotable lines, though what's said and what a viewer reads off the screen has more of a devastating effect. If Rejected embodied the glorious oddness of artistic frustration, It's Such a Beautiful Day finds ways to express how wonderful life is and how unfortunate it is to lose it, especially when slowly, and especially when unstoppably.

It can hurt to be alive, and getting older really drives that pain home. Bill's days are so mundane and so lonely, and things can seem so plain sometimes. But life is also wonderful, and it's a shame that it has to end and that we spend so long worrying about how it will end. At a certain point, Bill, his mind going, takes a walk. He takes plenty, actually. but during one walk in particular, he suddenly notices what he's missing out on. All those splendors. He wants others to notice them, but they don't because they have the privilege of inattentiveness. It's one of many times during It's Such a Beautiful Day where Hertzfeldt is so earnest in what he's attempting to say. In lesser hands the whole idea would be saccharine, but in his, it's so achingly human.
Posted by Hubert at January 23, 2015