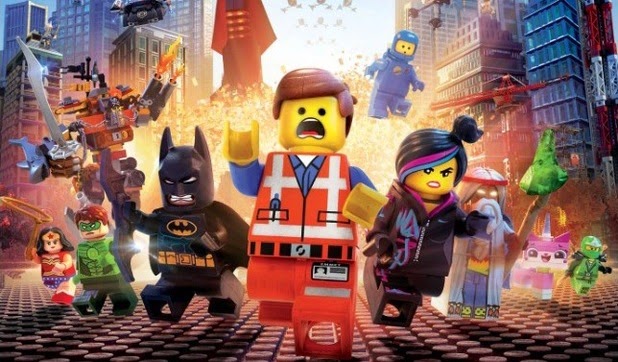 Before I get into anything tonight if you have any interest in the SELMA and the Oscar controversy you MUST go read Hubert's piece at Ruby Hornet on what really happened and why the charges of racism are misplaced (Its the result of bad timing by their PR people). The piece  can be found here and is vital reading.

And if you want to know my thoughts on the film my review went up last night and can be found here.
-----
The awards season is upon us once more and I don’t really care.

Forgive me most of the awards really don’t matter much. The films and performances aren’t really the best of the best, but more the best tht can be agreed upon, or more to the point the best of the lot that the studios have pushed in front of us. They really aren’t the best.

Even the acting awards aren’t the best because if they were Seizô Fukumoto in UZUMASA LIMELIGHT would be competing with Eddie Rouse in RAT PACK RAT for best actor and all of the nominees that are front and center (short of JK Simmons in WHIPLASH) wouldn’t be in any real discussion.

Most of the awards exist for parties to happen and for the studios to be able to flog their wares by saying the films won this or that award.

A case in point is the Golden Globes, why does anyone care. Its hand full of people picking films so they can have a party. Some where a decade or two or three back someone latched on to the Golden Globes as an award and used it as promotion and suddenly the floodgate opened as if that award mattered. What the public never knew was that for years the award was a joke where winners were not picked on the merits of the film but who would show up to the party. Hell the award could be bought, as happened with Pia Zadora and BUTTERFLY in 1980. Yes they cleaned up their act , but the award doesn’t mean much really-except to the PR people.

I have little real use for the Golden Globes since they frequently turn out a WTF moment like HOW TO TRAIN YOUR DRAGON 2 for best animated film. (Really?)

I’m kind of like that with the Oscars as well. Yes they mean more than the Globes but much of it is still PR. Its not truly the best of the year but which films/performances got the most hype. It’s so bad with the hype that more often than not things are pretty much set way in advance with the winners being the ones that the PR people have positioned to take the gold. (See Hubert's piece mentioned above about the importance of PR)

The real problem with the awards is that most people who pick don’t see that many films. I recently saw a piece on a UK film site which had one of their critics trumpeting that they had seen 150 films that year and how they managed to do it.

I saw 150 films between Tribeca, NYFF and The New York International Film festival last year. Most film fans I know see what averages out to be at least a film a day and more frequently more. Most of the film writers I follow or consider friends do at least the film a day thing. Most regular people I know don’t see even a fraction of that. What they do see tends to be the big films and the films with the PR push- they don't see the small films or the imports or the stuff the busier film fans see (hence no UZAMASA LIMELIGHT.)

Ultimately the awards are just waiting to see who had the better PR people.
---
Okay- full disclosure- I wrote all of that the day before the Oscar nominations for this year were announced- and despite the Oscar Nominations shaking me out of my complacency I still believe all of that. However occasionally the Oscars get it right and wrong and shake things up.

THE DAM KEEPER got a best animated short nom and I’m bouncing. It was on my best of the best 2014 list and it remains a stunning piece of storytelling.

I’m thrilled GKIDS PRINCESS KAGUYA and SONG OF THE SEA got nominated. I expected one to make the cut (Princess actually) but I never expected both. I’m also shocked that THE LEGO MOVIE missed the cut. WHile I liked the film I know many people who loved it and it seemd that it was a lock. I have no idea what’s going to win this category

The Documentary Features has me gob smacked- While I’m thrilled LIFE ITSELF missed the cut (its good but not that good) the other choices are a mix of yea and are you kidding. I do love SALT OF THE EARTH and I still think VIRUNGA is a mess. I think CITIZEN FOUR will get the Oscar, more for what Snowden did than for it being any sort of great film.
---
I saw the film MATCH earlier today. The film stars Patrick Stewart as dance teacher who is interviewed by a young couple. The interview is a cover, the couple has another reason to be there.

Stagey and stage-bound soap opera looks clunky as a movie. This is a play not a film, and a weak play at that. To be honest the only reason the film should be seen is Stewart's excellent performance. A disappointment.

To be honest the film isn't strong enough either good or bad to really be mentioned here at Unseen But I'm mentioning it because this was one of the films I really wanted to see at Tribeca last year and I would have reviewed it then had I managed to schedule it in.
---
And as always we're ending with Randi's links: