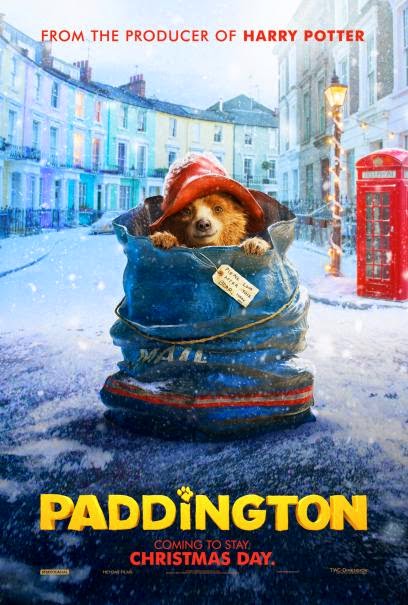 Paddington is an utterly charming film

If you were like me and worried because of the creepy nature of Paddington in the trailers, I’m here to report all is well and your heart will melt once you meet the little bear.

The plot of the film has Paddington going to London from the jungles of Peru where he falls in with the Brown family. What is supposed to be a single night stay stretches into a longer stay and just as Paddington looks to be turned out he’s kidnapped by a mad taxidermist (played with relish by Nicole Kidman) and has to be rescued by the Browns.

Best described as a 90 minute smile, this film is just a complete joy. Everything hits exactly right making this just a great deal of fun. The lines are witty, the set pieces special and the characters spot on. I had a blast.

And trust me you adults are going to love this more than the kids so don’t hesitate in going. And if you’re afraid to wander into a so called kids movie without a kid feel free to take any kid you know into the theater- if they don’t want to see it tell them they can jump into some other film at the multiplex while you stay put and see the Paddington.

Possibly the first major studio release that I’d consider putting on my year end list for 2015.
Posted by Steve Kopian at January 12, 2015