The New York Jewish Film Festival is spotlighting the work of Jennie Livingston and as part of that she’s picked a couple of films that she feels should be seen. Both are classics and both should be seen if you’ve never seen them before. 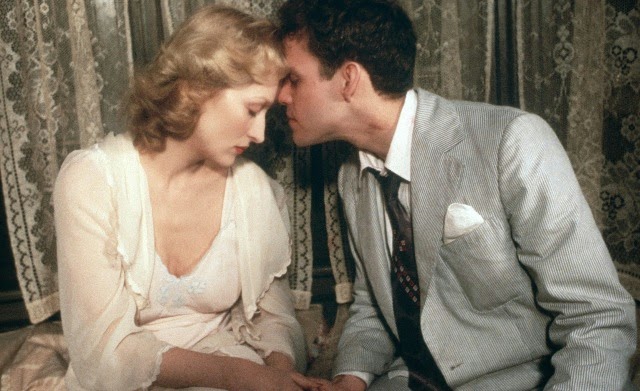 SOPHIE’S CHOICE is a heart shatterer that’s based on the William Styron novel about a young man (Peter Mac Nichol) who comes to know Polish war survivor Sophie (Meryl Streep) and he boyfriend (Kevin Klien). Both are haunted by the recently finished Second World War. Sophie especially is haunted by her past and what happened in the concentration camp where she spent the war.

The film is the place where most people sat up and really noticed Streep. Her performance won pretty much every award ever invented and made her an acting icon.

For me the film is a very good, soap opera. It’s lifted because of performances and the very real tragedy at it’s heart. What happened was something that happened to thousands of other people as well.

I recommend it but bring a box of tissues with you. 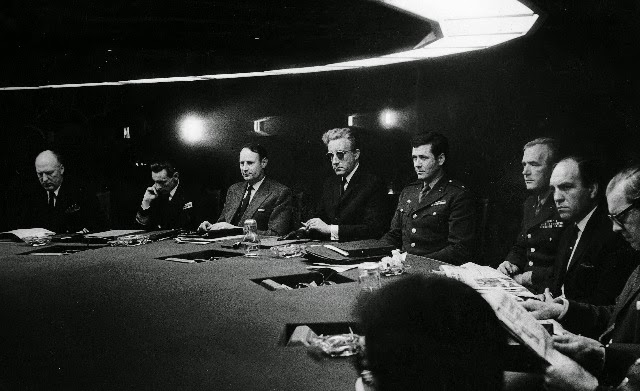 On the other end of the spectrum is Stanley Kubrick’s DR STRANGELOVE OR HOW I LEARNED TO STOP WORRYING AND LOVE THE BOMB which is a very funny black comedy about a deranged general who decides to bomb the Soviet Union in order to protect his bodily fluids.

A great cast, Peter Sellers times three, Sterling Hayden, George C Scott, Slim Pickens, James Earl Jones and others sell this tale of very human people doing very human things and bringing us close to end of everything. Seeing the behavior of some of the characters, Scotts bonkers general, the Soviet leader getting upset that the President only calls him when something is wrong and never just to say hi or even Sterling Hayden’s madman worried about something totally loopy makes the film more plausible because ultimately people are people and not well reasoned constructs that are film characters.

I think this is a great film and if you’ve never seen it you should. In its way it’s the first of the big black comedies that filled the late 60’s and 70’s. MASH, THE HOSPITAL, NETWORK and others would alter the way we would see the world – something no longer bright and hopeful but as dark farce leading us to doom.

I should probably add that on some level that personally I find the blackness is lightened up a bit too much by the very silly humor. For my money the better of the bomb dropping films of 1963 is FAIL SAFE which has a the president of the United States trying to prevent a war which is rapidly approaching due to an accidental bombing. Its as dark as they come with a denouncement that is truly frightening.