Public tickets have gone on sale for this years New York International Children's Film Festival. The festival runs February 27 until March 22 and as I've done since the festival started and as Unseen has done every year of it's existence we're going to be there in force.

first and foremost THIS ISN'T JUST FOR KIDS. Yea its got Children in the title but the films are all intelligent and frequently play better if you're pretending to be an adult.

I'm locked and loaded with tickets for 12 screenings plus we've got access to a few more films, and we'll be reposting reviews to the films we've seen before. The practical up shot is that outside of the Tinkerbell movie and some of the shorts you're going to get reports on pretty much everything.

The film list is here and you'll want to make your own choices but here are a few suggested must sees:

SHAUN THE SHEEP (and any Aardman) because it's Aardman which means you instantly have a shot at it being mind blowingly great - especially if you like the Wallace and Gromit shorts or Shaun's TV show.

KING AND THE MOCKINGBIRD is great. Yes it's played back in November but if you have never seen the restoration  you have to see it because the film is just fantastic now.(Details on how good can be found here)

KAHLIL GIBRAN'S THE PROPHET has multiple directors Nina Paley, Bill Plymton and Tomm Moore providing sections for a film based on the classic book. 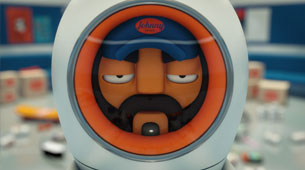 I also recommend and and all of the shorts programs. Trust me they are almost always all winners. Besides they tend to have Oscar nominees and winners in them such as THE DAM KEEPER which I saw last year and is up for an Oscar this year.  (And if you love scary stuff do see HEEBIE JEEBIES because every year it gives the audience fits and nightmares)

Take a look at the film list and buy some tickets and go. Its the most fun you'll have all year-and you might even get a T-shirt when Eric Beckman or whomever tosses them. 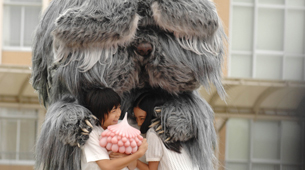 Email ThisBlogThis!Share to TwitterShare to FacebookShare to Pinterest
Labels: nyicff 2015