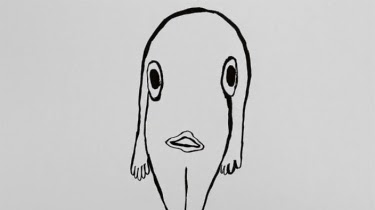 Black and white line drawings morph and change through a variety of motifs many having to do with fish, women and bottles.

Strange hypnotic film is said to be by the director about the life a woman and her drinking habit. That maybe what he feels it is, and I can see why he says that, but somewhere in this film there is something more, something else entirely.  Forgive me for arguing with the director but watching the film one can't help but see more to it,. Yes granted its clearly unintentional but there is the notions of evolution and even de-evolution in there. I'm sure there is more because I kept wanting to stop the film in order to take notes, but the morphing and changing was so hypnotic I didn't want to break the spell. 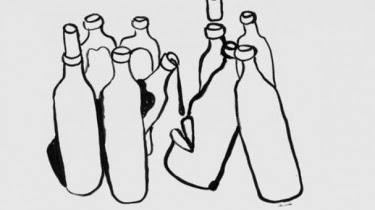