A few words on PREDESTINATION (2014) (corrected) 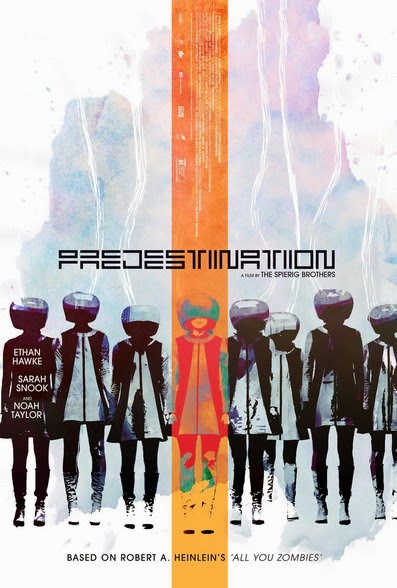 The Spierig Brothers’ PREDESTINATION is based on a Robert Heinlien story called "-All You Zombies-" but it has nothing to do with zombies.  Written in one day the story is as trippy and mind bending a story as Heinlein has ever put  on paper.

The plot of the film, as little as I dare tell you, has a temporal police man going back in time trying to try and stop the one criminal who has eluded him for his whole career.

Thats' all I can say. This puzzle box of a film is the sort of thing you need to know as little about as possible when you see it the first time. Trust me the less you know the better you'll be.

Sticking amazingly close to the source novel this is one of the best adaptions of a Heinlein story as you'll ever see. Certainly its the most faithful. I'm guessing the fidelity to the story is the result of it being the sort of thing that can not be tinkered with lest it all fall apart.

Easily the best of the The Spierig Brothers’films (Undead was gross fun but didn't add up to much, Daybreakers was a bland vampire/noir rething) the film works because they play the film pretty much straight from start to finish. Other than one smart ass song reference very late in the game the film treats it all seriously.

I think the film is a great deal of fun in  mess with your head sort of way. Certainly the first time through the film is a great experience (hence my insistence you avoid discussion of the film until you see it). I completely understand why the film has won as many awards as it has.

My sole reservation about the film, and one that in no way reflects whether you should see it or not, is how is the film going to be viewed the second and third or fourth time through. How will this play when you know what its going on?  I have an idea but I can't discuss that now.

Whatever you think the answer to that question is going to be, the only way to even begin to ponder it is to see the film the first time which will make second and third viewings a necessity. Take my advice and go see the film..

(A big thank you to David Macpherson for pointing out I had the wrong author of the source novel. I stand corrected) 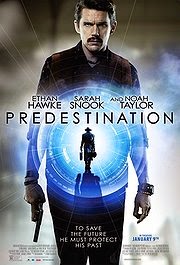