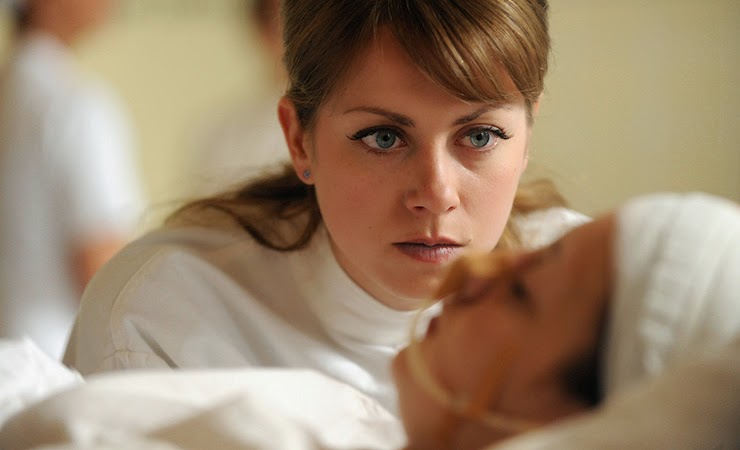 Michael Verhoeven adapts Laura Waco's autobiographical novel set in 1968 about a young woman returning to her parents home in the wake of her father's death and sister's catastrophic injury in an accident. She is forced by the tragedies around her to come to terms with her Jewish heritage and ponder how it was that her parents survived the Second World War and why they remained in Germany after the war.

Prickly film is going to beloved by some and hated by others.The trouble is not to do with the subject matter, which is deftly handled and extremely thought provoking,the problem is that many of the characters are not easy to like,  Laura is a bit too closed up to truly connect to and her mother can be a bitch on wheels completely unable to show affection and keeping those who lover and, and whom she loves as well distant. As Laura says her mother never hugged her.

The prickliness of the characters while realistic, makes it hard to get a foothold into the film. I spent a great deal of time on the outside looking in. While I liked the look at post war Germany I really wished I had more likable tour guides.

Don't get me wrong I like the film, intellectually I think it's very good, I just never connected to it emotionally. Despite my reservations I think its a film that you should try if you find the subject of interest.

For more information and tickets go to the film's festival web page.