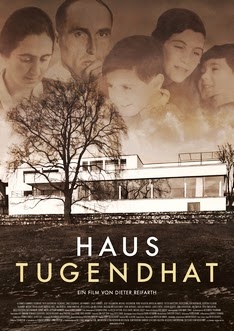 The first and most important thing about The Tugendhat House is that if you go and see it don’t think that the first five or ten minutes are what the film is. The opening bit of the film is made up of panning and tracking shot through the empty house while voice over quote from reviews and pieces on the house. Its cold and sterile and goes on long enough that if you’re like me you’ll be afraid the whole two hours is like that. It not.

The Tugendhat House is a look at the so named house house which was built by the Tugendhat family in 1929. The house was one of the finest examples of steel construction at the time. The house was abandoned by the family eight years later when the family fled Czechoslovakia for Switzerland when the Nazi’s took over the country. The house then went through a variety of owners and uses over the year and over the last few decades efforts have been made to try and restore the house to its original form.

This is a very good look at the house, the family and the march of almost 90 years of history. It’s a look at how one house could have a place in the events of a century. I was, for the most part, carried along with the story of the house and it’s family. This is an interesting exploration of a footnote event in history.

If there is any real problem with the film as far as I’m concerned is that its 117 minute run time is probably a half an hour too long. (I probably should also say that this may not be for ll audiences, if you’re not into architecture, especially something with a design that is as “cold” as this you may not warm to the film) 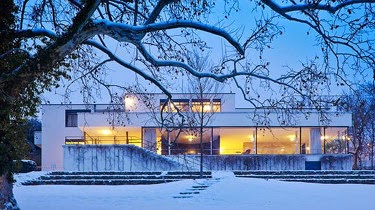