Camden 2019 Shorts: Citizens of the Cosmos, Excess Will Save Us, Sam and the Planet Next Door, Motherland, Helga and Walled Unwalled 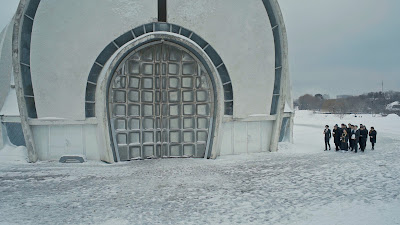 Citizens of Cosmos
Less documentary than essay on the manifesto of Biocosmism, written by Alexander Svyatogor. As a narrator reads from various the texts we get related images filmed in Japan and Russia. It’s a trippy experience with its own unique head space. I was kind of thrown off by the film to start because I was looking for a conventional documentary, but there is nothing really conventional about this film (and we are better for it). A wonderful visit with a different headspace. 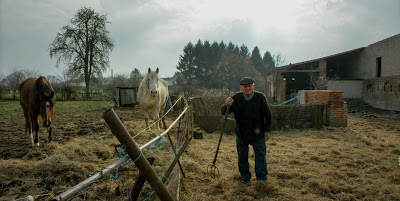 Excess Will Save Us
The story of what happened in a small town when series of unconnected events (an argument, shots from a hunting party…) were misinterpreted as something series and authorities rushed in with tons of fire power to take care of it. This is a funny shaggy dog sort of a tale that is funny after the fact but was probably scary when it happened. I chuckled a great deal at the great story tellers spinning their tale. 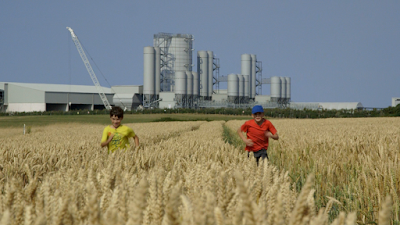 Sam and the Plant Next Door
Very good portrait of a young man growing up in the shadow of a power plant. It a really good look at one kids life in the modern industrial world 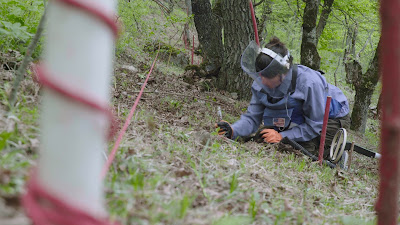 Motherland
Excellent portrait of some of the women who are tasked with finding and defusing the mines that still litter their country, Artsakh, after  an ethnic warar. Far from flashy and simply matter of fact this is powerful look at women doing what they must to make their country and fellow citizens safe. A wonderful love letter to unsung heroes. 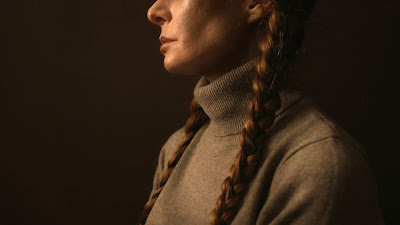 Helga
Excellent portrait of Helga Testorf who was the subject of Andrew Wyeth’s Helga paintings. Testorf has been called the last person to be made famous by a painting. She was Wyeth’s muse for decades until word of the paintings broke and took over the art world. An excellent portrait of not only a feisty woman, but also the artistic process as we get a peak into what transpired between the pair that created such great works of art. This is a great great film on so many levels that you just need to see it. 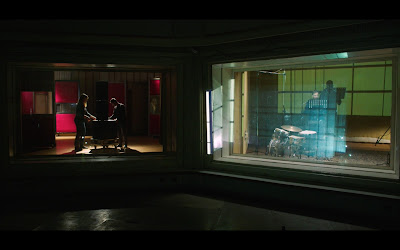 Walled Unwalled
More performance piece than conventional documentary, this recounting of various crimes that required technology to breach walls is just a thing of beauty. On one level a beautifully narrated accounting the film transcends its simplicity by being set in recording studio where walls are moved around, images are projected and our senses are massaged in such a way as to make the resonances something greater. One of the best films at the Camden International Film Festival it is an absolute must see.
Posted by Steve Kopian at September 14, 2019