The War of the Worlds: Next Century (1981) SCI-FI VISIONARY: PIOTR SZULKIN 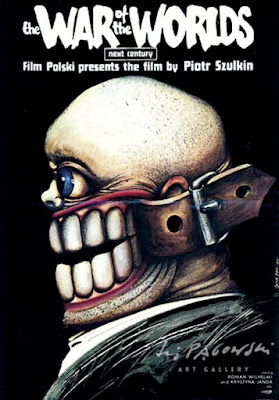 Piotr Szulkin's once banned WAR OF THE WORLDS: THE NEXT CENTURY is a film I like more intellectually then in reality. That doesn’t make it a bad film, it simply means that the film has too much going on in its head to fully touch the heart. It also has the unfortunate luck to have had other filmmakers pick up with its ideas and run with them.

The film concerns a TV presenter who works for the Martians after they come to earth and take over. Eventually tiring of their control he tries to spread a seed of dissension during a concert only to have his words fall on deaf ears.

Szulkin‘s warning about the manipulation of our lives didn’t sit well with Polish Communist authorities and his film was banned. Clearly they understood what the director was trying to tell us. It also wouldn’t sit well with the Republican’s in the White House who are using double speak to control their brainwashed pets who are seeming to keep them in power. (On the other hand they aren’t the sort of people who would watch a film like this)

For those of us living some 40 years since the film was made the film says a great deal about media manipulation but also the fact that if it isn’t on TV it isn’t real. Not to harp on the MAGA people once more but they no longer believe anything that doesn’t come from their cherished Fox News or right wing websites. The end of the film’s final twist says volumes about the state of the American psyche.

I love the food for thought this film give us. However I never connected emotionally. Yes, the ideas are all, but the lack of emotional connection kind of blunts their power.

Still- this film is highly recommended if for no other reason than it will get you thinking, if not talking for days after you see it.

WAR OF THE WORLDS plays September 6 and 8 at Lincoln Center. 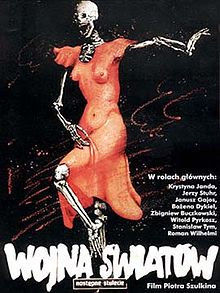