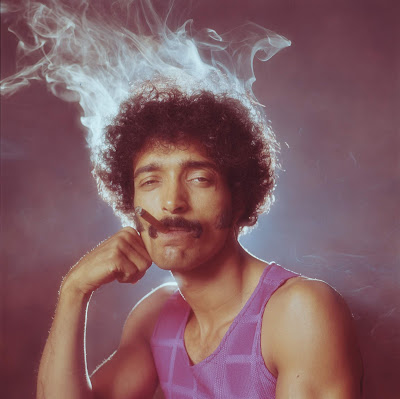 I am going to guess that many people are going to try and compare this to SEARCHING FOR SUGARMAN the documentary about Rodriguez that came out a few years ago, but don't let that fool you, this is something else entirely. this is one of a kind tale  you just need to see.

The film is the story of musician Ike White who killed a man in a robbery that went wrong and ended up in prison, where he managed to make some absolutely incredible music. It was so good that reporters came to do stories on him, his songs were recorded and Stevie Wonder became an advocate for his release. What happens around and through that is the story and it isn't what you expect (it wasn't what I expected).

You will forgive me if I hold back in discussing this film, its not for lack of desire more it's the realization that as you read this the film is just World Premiering at the Camden International Film Festival and as such I don't want to spoil all of the films twists and turns for you. Sitting, staring at my computer screen when the film was done I had ponder whether I wanted to clue you into the ride or just say buy a ticket and take a ride. I'm going with the just buy the ticket approach.

And never mind the story you're going to want to see this for the music that fills it from start to finish. White was and is and incredible musician and the grooves he came up with are absolutely amazing. This is a glorious primer for his work is nothing else.

Ultimately the best thing I can say is this is a great great film and you should see it. One of the absolute must sees at the Camden International Festival you'll want to buy a ticket and see it before your friends discover it first and tell you about it.