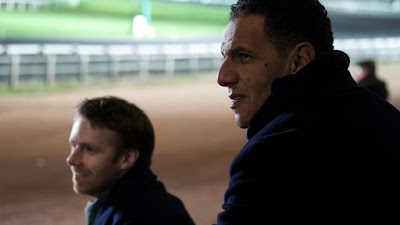 Based on an actual case the film is set in Roubaix, the city in Northern France where director Desplechin is from. Focusing on a group of cops, specifically the chief and one of his new investigators, we follow them as they get involved in various cases from robbery to rape and to murder. It is the murder of an elderly woman that takes up most of the second half of film.

This is a film you are either going to love or like. While for me this is easily one of the best films at the New York Film Festival, I know some people didn't love the way the plot lines unfolded. Specifically they didn't like that once the murder happens the other plot threads get pushed aside.  While I would have liked more closure of those stories, I know from my day job working in criminal justice the two sentence wrap up is sometimes all you get in a case you've been busting your ass on.

Frankly getting hung up on the shift in plot will make you miss all the great things going on. There is the police chief with more baggage than we can imagine (and which the film only hints at). We have the best and most gentle rape investigator also being a hard ass interrogator. There are all these notions of why we do the jobs we do, what is important in life, the things we do for love and on and on that are just kick ass and which I need a second or third viewing to fully appreciate. And there are the performances, especially the Oscar worthy Léa Seydoux which just pop off the screen in an endless parade of fully formed characters.

I simply love this film.

I have no idea if you are going to like or love the film, but I do know that you should definitely see it because even if you don't like the whole you'll love the parts 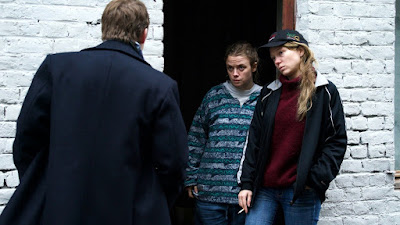