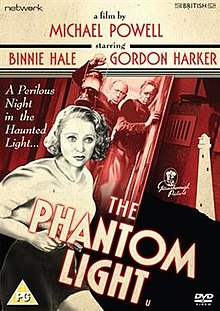 A new lighthouse keeper arrives in a tiny Welsh village only to meet with suspicion and occasional trouble communicating (some people only speak Welsh). He is replacing several keepers who have gone missing. He is joined by a young woman who tells differing stories as to why she is there. The pair will have to work together to get to the bottom of the mystery which includes the appearance of a ghostly light.

This early Michael Powell film is very good comedy thriller that has both genuine laughs and chills. It is exactly the sort of film that was being turned out at the time and shows none of the stylistic flourishes that Powell would become known for a few years on. While not having any of the things we associate with Powell’s later films it is actually much better than the films of this type since Powell has a better grasp on the narrative elements than most directors.

While not the greatest thing since sliced bread it is a solid little mystery that is actually much better than most of the similar films being turned out by Hollywood or in England.

Worth tracking down.
Posted by Steve Kopian at September 01, 2019