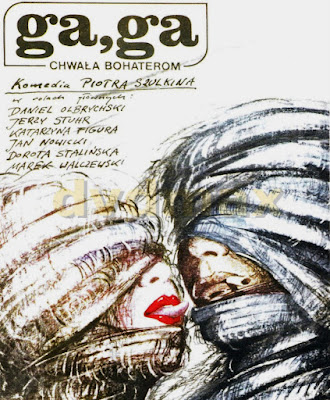 Possibly Szulkin's best film GA GA: GLORY TO HEROES concerns prisoners sent into space where they are to work off their sentence by exploring various planets- Or that's what they are told. In fact they are sent to one planet and what happens is not what anyone expected. (No I am not going to tell you- see the film)

Pitch black satire is kind of like what might happened if Monty Python was doing weird political science fiction ala the Brother's Grimm's other brother George Orwell. Even by Szulkin's weird standards this film is out there as horror builds on humor which is building on a soul crushing view of humanity. Its a weird trip made stranger by the fact that Szulkin's narrative remains intact all the way to the end. Where Szulkin's films can get trippy at the end due to a drifting narrative this time out it's trippy in a logical and reasoned way all the way through, with the final revelations being just another turn of the screw.

I winced all the way to the end.

Frankly this was one of the most disturbing features I've seen all year. 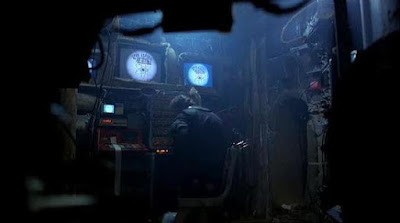