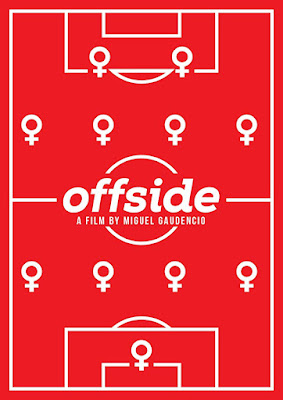 OFFSIDE is a sports doc unlike any other sports doc. Following the women's soccer team Olimpia Szczecin through their preseason work outs and games, it is simply a record of what happened as the women go though their paces.

A purely observational film in the vein of Frederick Wiseman, OFFSIDE is film where we are left to be observers. We are told very little of what is going on or who is who. We have to pick up what is happening via what is said and what we see happening.  There is no narration, no thunderous score to manipulate our feelings, there is just the women playing.

I know that this approach is not going to be for every viewer. Many people want everything spelled out for them and their hand held. In some ways what director Miguel Gaudêncio has done is a gamble in that some people wanting a soccer doc are going to be turned off, however if they give the film some time and go with it they are going to fall into the film. If you allow Gaudêncio to work his magic you are going to learn more about what it takes to play on a professional sports team than any conventional film. Gaudêncio reveals its more than just cheering crowds and fancy training montages.

OFFSIDE is a very good film and recommended, especially if you want a film that does more than give you typical sports film cliches.

OFFSIDE is available on Amazon Prime and other streaming services. 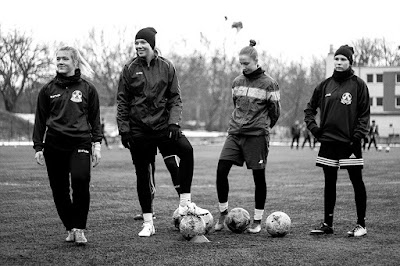