One of the great murder mysteries of the last few years MURDER MADE EASY is out on VOD and digital. I've seen it a couple of times now (I bought the super deluxe Bluray with commentaries and signatures because I love it so much).  You need to see this film- because hey I can't discuss what happens because that would be telling. Here is my review from last year so you know why you should see it and why I can't discuss it. 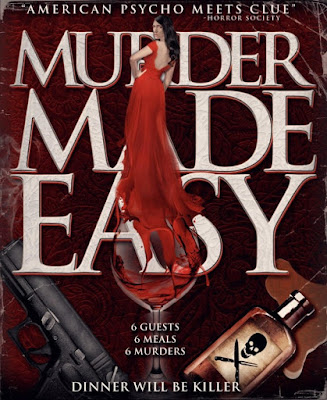 I will say that this is twisty turny murder mystery of the sort no one really does any more, unless it's a local theater company is reviving some old time mystery. It is beautifully acted and expertly put together with a plot line that is going to make you wonder where the hell it is going. Trust me its a delightful place.

And that dear friends is all I can say with out risking ruining it for you other than to add I can't recommend this film enough.
Posted by Steve Kopian at September 27, 2019