Camden Capsules: CELEBRATION, NOTHA-YE- MESI YEK ROYA (COPPER NOTES OF A DREAM),BY THE NAME OF TANIA and PROGRESS IN THE VALLEY OF THE PEOPLE WHO DON'T KNOW 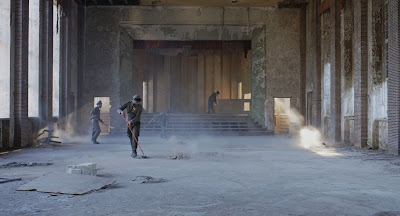 PROGRESS IN THE VALLEY OF THE PEOPLE WHO DON'T KNOW
Documentary record of what happens when a group of Syrian refugees who are looking to stay in Germany are brought together with a number of former Germans in a former East German factory and workers dorm to discuss their pasts and to help the Syrians prepare for an upcoming assimilation test. This lovely film about the bridging of cultures opening a door between people is an important one in a world where the influx of outsiders has brought back fear based on no understanding the new comers. Revealing the similarities between us as well as the differences Progress… is a wonderful film that is must see. 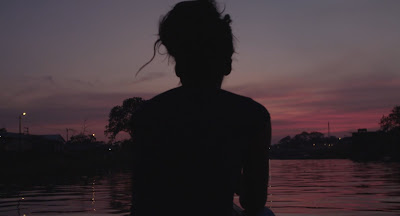 BY THE NAME OF TANIA
Mix of documentary and narrative is driven forward by the narration of a young woman who was murdered (“… I am no longer in my body” the narrator says at the start) while we watch life transpire in and around the village where she died. Stunning visuals mix with the sad tale of a life lived to make a compelling film about a lives most of us know nothing about. Definitely worth seeing especially if you can see this on a big screen where the overwhelming nature of the images can fully mix with the sadness of the tale. 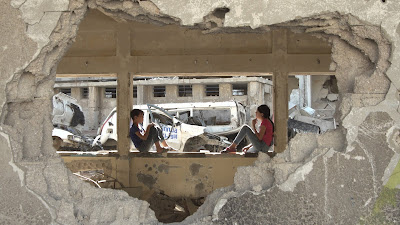 NOTHA-YE- MESI YEK ROYA (COPPER NOTES OF A DREAM)
Well-spoken Syrian kids talk about their lives as they try to get enough money together to hold a concert in the bombed out country. Playing almost like a narrative feature, except that you really wouldn’t want to have kids scrambling around the ruins of a war torn city, NOTHA-YE- MESI YEK ROYA (COPPER NOTES OF A DREAM) is a film that worms its way under your skin. I put the film on because I am trying to cover most of the features at the Camden Film festival and was hesitant to connect to it however somewhere along the way the kids stole my heart and I was with them to the end.While the film has an ending I still want to know what come next for them- which is the sign of both my love for the film and of a great film. Recommended 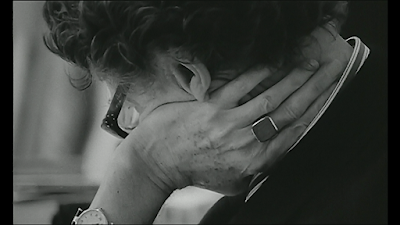 CELEBRATION
Fly on the wall look at the last years of Yves Saint Laurent and his fashion house told largely through video shot at the time. It puts us into the fitting rooms and offices in a way that no other film ever could. In an age where it seems every great designer is getting multiple films made about them Celebration stands out in that it doesn’t guild it’s lily, it simply shows us the man and those around him at work and allows us to not only make up our own minds but also fall in love the man and his work. I absolutely love the low key nature that quietly grabs you and drags you along. Recommended.
Posted by Steve Kopian at September 13, 2019