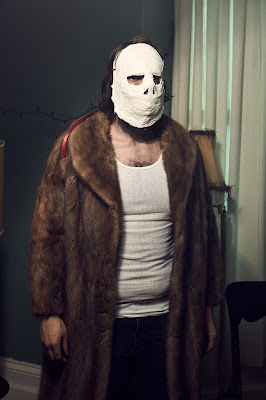 A filmmaker in hock decides the only way to make the film he needs to without having to pay the money back is to get a bunch of actors into a remote house where he has wired everything for recording. He will then send them the pages for his film on a daily basis and as the time comes, kill them as part of the horror film. It all goes banana shaped.

Uneven meta horror comedy is better the deeper we go into it, as the madness begins to take over everyone's lives and things spin out in unexpected ways. To be honest I wasn't really thrilled with the film early on as things took expected twists and turns and there wasn't a lot of blood, however once the mayhem started in earnest and the film began racing to the end  I was hooked because if nothing else I had to see how it all came out.

Is it worth seeing? Yes it is, once the film hooked me in the second half I really enjoyed my self. Honestly it's a wild ride that's worth the trip So much so that I would love to see what the real C Patrick Condon does next, especially with a larger budget. 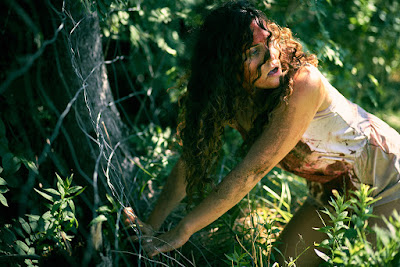