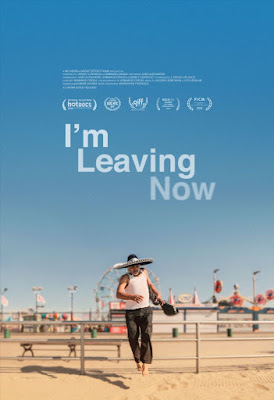 I saw I'M LEAVING NOW  last year at DOC NYC where it hung with me. With the film getting a theatrical release starting Friday here is a repost of the brief piece I posted.

Observational doc follows Felipe, a migrant worker from Mexico who has been living in the US for sixteen years. As he prepares to finally go home he begins to realize that going “home” is going to be more complicated than he thought thanks to the realization that things have changed during his absence and because he’ll be breaking connections with the friends he has made in the US.

Whether you like observational documentaries or not this film is going to grab you because in its low key way it raises up all sorts of issues that anyone who leaves family behind when they work for years in a far off land. This is a small gem of a film and recommended.
Posted by Steve Kopian at September 03, 2019