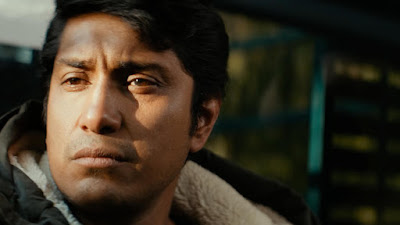 A Mexican biologist living in New York returns home to attend his grandmother's funeral. As he reconnects to his family, the past and present reconnect and he has to try and heal the wounds of the past.

This is small quiet gem of a film that will kick your ass. I say this as someone who didn't instantly click with the film. I kind of thought this as going to be your typical guy goes home and has a life changing experience. I honestly didn't pay attention for a little bit at the start, and then suddenly I found myself leaning into the film. I had disconnected with the room around me and was fully engaged with the film. The result was a deeply moving experience.

To be honest I'm not going to say much more other than see this film. It is not a matter of not having much to say about the film, rather this  is a film you need to see blind, without clues to where it is going emotionally so that it hits you full bore square in the chest. More importantly this is film you need to talk about with people who have seen it. Its the kind of film where when he film ends you want to turn to the person next to you and talk about the film in excited tones.

Certain one of the films that people will be talking about at years end, it is a must see.