Nightcap 1/17/21 Phil Spector, Sundance, PIECES OF A WOMAN, ONE NIGHT IN MIAMI and random bits 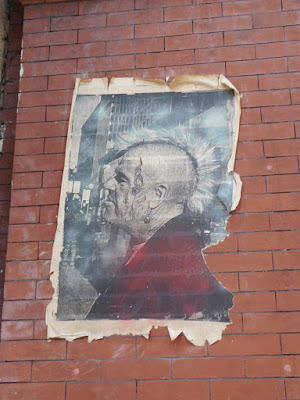 There was supposed to be a grand essay here about how movies make us believe things that aren't so but I never quite finished it- it's coming after Sundance.
---
Phil Spector has passed away today and I am mixed about it.
By all accounts he was a horrible human being but he made beautiful music. How do we balance the damage he did with the art he made?.
This is an especially pressing question in todays world were a stray misdeed ends a career. Spector was a shit for decades and no one stopped him
I'll leave it for you to ponder the deeper meaning of it all.
---

If you love the intersection of film and history you should go to The History Buffs YouTube channel. With wonderfully long videos its great place to find out how close films are to reality. Trust me it's compulsive viewing.

PIECES OF A WOMAN is very good.

I apologize if I don't say more than but the film is like a raw nerve and I don't have the words.

I am starting to wade into my coverage of Sundance and it is very weird.

The festival is not weird but the way I have to handle it is. For the first time in a very long time a festival is not being covered by rote. I mean I do so many fests in person and on line there is an ease I have, I know how it is all gonna go (more or less).  With Sundance this year I'm feeling a bit lost.

The reason is Sundance is set up differently. The hows and whys of things are different than I have experienced in a while. The set up to buy tickets is different as are the rhythms. I have to think and work to get what I want to do. Its not a matter of me saying I'm going to see these 20 films because they are on my plate- I actually am actively chasing everything.

That may not sound like much but with fests people are usually dying to have you cover their film and this is the first time where I'm having people shying away from giving me access and telling me they don't know if they want coverage right now.

Its so atypical for me.

As of right now I'm watching film, writing reviews and trying to see how it is all going to go. But I don't know how it will all go, which actually is making it more interesting for me.  I suspect that when its all said and done I'll have seen a good number of films but nowhere near what I'd do with something like Tribeca or New York.

With the film festival starting in 11 days I'll have a curtain raiser next week and a better idea of where things stand. For now it's back to the darkness to try and stay ahead of the movie tsunami.

ONE NIGHT IN MIAMI is very good.

I want to see this cast and crew do full bios of the main characters and keep them this human. Too many bios make say Ali into the serious person removing the humanity- I want the life and sense real people we see here in full on bios.

While I don't think it is the best of the year it has some best of year moments all through it.

One last thought- I'm a bit weirded out to think that in just over a month I'll have been doing Unseen Films for 11 years. My mind boggles