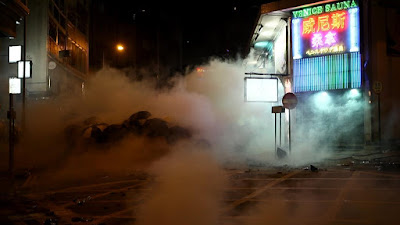 DO  NOT SPLIT
A look at the protests in Hong Kong that happened when the Chinese government proposed a law that would allow protesters to be extradited to the mainland.
This is a very good film that works best when allowing the protesters to talk about the situation and their feelings. I'm going to leave it there not because it's bad but because I want to discuss the film in regard to other films on the Hong Kong Protests and I don't think that's fair
Posted by Steve Kopian at January 28, 2021