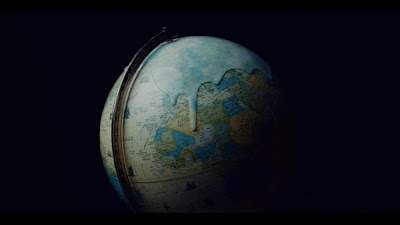 This is the story of Jan Karbaat a fertility doctor in the Netherlands who was found out to have impregnated more than 65 of his patients using his own semen. It is also the story of the families he shattered, the children he fathered and the realization that other doctors have done the same thing.
I came upon the SEEDS OF DECIET by accident. I got a letter from a PR person about the film(s) playing Sundance and blindly said yes. I figured I would say yes to anything figuring so I could fill up my dance card. I didn't realize that the it was a series of three films, well actually its one film in three parts, and that its playing in the series part of Sundance. Normally I wouldn't touch a series because of the amount of time needed (then again the three parts are just over two hours total) but I said yes....and the films arrived and I started cursing...and then I put the first one on and I instantly fell into it.
Wow, wow and wow. SEEDS OF DECIET is awesome. I absolutely loved this series/film. It takes a compelling, and appears to be an all too frequent occurrence and pulls it apart in such a way that when the series ends you want to dive right back in.
Broken, rightly, into three separate parts the film first looks at what happened, then the children and finally the "aftermath" and related subjects, like the other times this has happened across the globe. There is a hell of a lot more going on, and threads run across each part, but that is the rough breakdown. I got to the end of the first part and instantly had to start the second, and then the third. Actually what I did was stop the film, got another cup of soda and a snack and then dove in. I loved the break because it gave me a couple of minutes to process what I was seeing.
Honestly I was afraid this was going to be a variation on the recent HBO doc BABY GOD about a similar tale. However from the opening minutes we are in better and much richer territory. This is a film that realizes that there is a hell of a lot to say about a story like this and then says it in such away that it will haunt you for days afterward.
One of the great surprises and must sees to come out of this year's Sundance
Posted by Steve Kopian at January 29, 2021