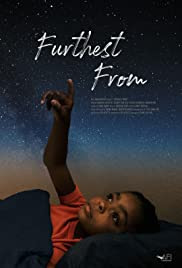 2021 barely started but I have my first filmmaker to watch - Kyung Sok Kim. Kim's film FURTHEST FROM is a work that heralds the arrival of a director to keep an eye on.

The plot of the film has a young girl dealing with everyone leaving the trailer park where she lives. It seems the water is contaminated and everyone has to leave.

While the film is really good, what shines and then some is Kim's direction. Kim nails the feel of the film. It is tactile and real. Actually he nails the kids eye view of the the world. We aren't watching actors we are watching little kids be little kids. We are watching real life play out. I watched the film twice once just looking at the kids to see if they were looking at the camera, and I couldn't see it. How the hell did he manage that?

This is gem of a film from a talented filmmaker.

A must see. Track it down and get on the Kyung Sok Kim bandwagon.