ROMANTIC CHORUS is an animated documentary about love, relationships and sex. Constructed from a series of interviews done with people from all walks of life the film attempts to present the spectrum of how we humans interact.

This is an intriguing film about our interpersonal relationships in all its forms. It is told in a bewildering mix of animation styles that absolutely delights the eyes.

The experience of watching the film can be overwhelming. There is a great deal to process here from notions of love, monogamy, open relationships, sex... and everything else you can think of. A lot of thoughts are thrown at us and it is a great deal to take in. When you couple it with the dizzy, and often magnificent animation, the film just hits you like a tsunami. It was so much that there was a couple of times when I stopped looking at the screen and just listened because I wasn't certain what I should be paying attention to.

To put it another way ROMANTIC CHORUS is a banquet of great food where you are going to over eat.

While I think you should make a real effort to see it, I'm still processing to what degree I like it. Don't get me wrong I can and will be happy to explain why the film is a must see, I find that my reaction to the film is all over the place. While there are moments that had me shouting "YES YES THAT'S IT" at the screen when someone said something brilliant, there were other times when I wasn't interested in what was being said.  At times the visuals and the interviews mesh perfectly and at other times I wonder what the animator was trying for. Perhaps its the arrangement of the bits which at times seems to be off.

Quibbling aside I would rather be wrestling with a film like this that gives be too mc of everything that a typical Hollywood film. I love that ROMANTIC CHORUS basically goes "Here is a whole bunch of the things we found out- you sort out hat it means" Oh the joys of being treated like an adult.

Give it a shot. 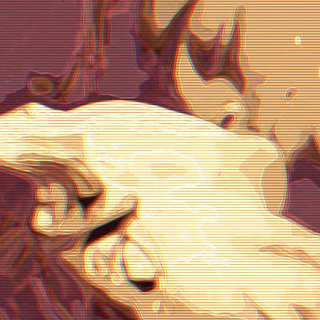