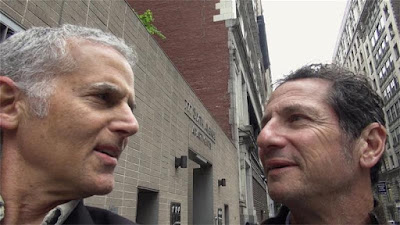 There is a point about five minutes in where WHEN WE WERE BULLIES hooks you. Its a moment where the director and a friend relate coming together decades after being in 5th grade and reconnecting when a film about a bullying incident reawakened their shared past. Its a moment of lightning where the film turns into something special, namely a look at how we see our miss deeds when we were kids.

What makes this film important as well as intriguing is the film's look that its a look a bullying, rather in that it looks at the event as we look back on it as an adult. It is not something any other film has done. I mean every film on the subject looks at the event in the moment, or at the kids involved. No one has looked at the effect on the bullying and how it affected who the kids became. This film does and its a stunner.

I am in awe of this film. This is a film that has opened doors for me and made me look back at my own life and ponder incidents from my past that I had long forgotten. Its a film that I don't want to talk about but discuss. I want to sit and watch the film again with friends and then talk about it ( I hate this Covid world we live in)

I'm not going to say any more because you just need to see this blind. So do yourself a favor and give this film a look. It will change how you see the world