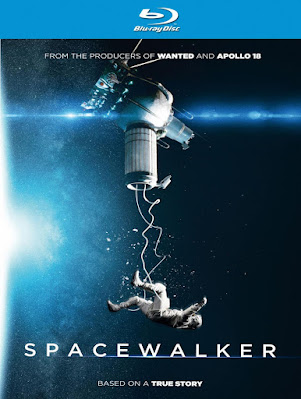 I am a space kid. I grew up during the heydays of NASA. I lived and breathed everything about the astronauts. I cried when tragedies struck because the guys and girls were my heroes. It is with that in mind you have to realize that when the Iron Curtain went down and I started to read about the Soviet space program my heroes shifted. Yea Neil Armstrong took a ride to the moon but the Soviet astronauts were literally fighting for their lives as things broke and they had to take crazy chances to maybe come home. If I was going into space I wanted the Soviets in my crew.

As such SPACEWALKER was a must see for me.

The story of the first men to walk in space it is the story of when Pavel Belyayev and Alexey Leonov went into space and and then had it all go to hell. Nothing goes right. How wrong does it go? Consider that the spacewalk is less than an hour into the film and there is still another 80 minutes to the end credits. And trust me even when they get to earth it still isn't over- they are still in a world of trouble.

This is an epic tale that will grab you and pull you along. Its a wild and crazy story that really is the sort of story no one would believe except that it really happened. Wow, just wow.

The bitch of this film hitting home video on Tuesday is that we are not getting the chance to see this on the big screen. I can only imagine how this played in theaters in Russia.

Highly recommended even for non-space kids, this is the first great epic I've seen in 2021