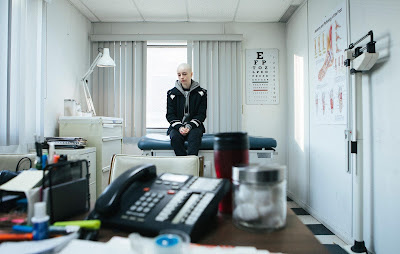 A college student fakes a cancer diagnosis in order to gain attention and money, however inconsistencies in her stories begin to make it all start to unravel.

I'm trying to figure out how this small little gem of a film has fallen between the cracks. A nice told story that nicely refuses to make things one note this is exactly the sort of film that people who hate the sameness of Hollywood would eat up.  I mean the film got great reviews out of Toronto in 2019 but is only now hitting VOD. Until the film was offered to me I had not ever hear of it.

This is a beautifully told tale that has some stunning performances that hook you and drag you in. Seriously the cast is so good that I completely forgot that I may or may not have seen them else where before.

You will forgive me for not talking about the film  but I think going in blind, as I had, is the way to go. I read a couple of reviews after seeing it and I discovered a few things in them that I glad I didn't know going in since it would have kept me from having a clean slate.