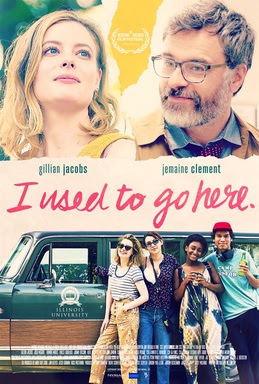 I watched more than 200 movies this year -- some were ones I’d seen before, sure, but most were new to me. During this weird year, I found joy and solace and escape in movies.

To follow the rule the movie that made me happiest this year was I Used to Go Here (2020, directed by Kris Rey) was a weird, complicated and sweet look at trying to recapture one’s youth. Jillian Jacobs shines and there the supporting cast is game and fun. Is this movie a masterpiece? No, but I have watched it at least three times this year. It became an instant favorite for me.

Portrait of a Lady on Fire (2019, directed by Céline Sciamma) basically ruined all other movies for me. This was so beautiful I felt angry about it (that’s a good thing).

First Cow (2020, directed by Kelly Reichardt) was about two sweet, kind men who the world didn’t deserve. Plus, that cow is a great cow.

Shirley (2020, directed by Josephine Decker) was so amazing that I never actually finished my review of it, but this movie is basically a Venn Diagram of things I like.

Jasper Mall (2019, directed by  Bradford Thomason and Brett Whitcomb) was made by my two favorite doc filmmakers. It’s not trying to make a grand statement of about Dying Malls And What It Means or Middle America and Its Authenticity. It’s just such a quiet, sweet documentary with a lot of sweet, quiet people. I have loved every single one of their documentaries and I want more people to see this.

I also started deep dive into the work of Agnès Varda and I’m still working my way through her movies. Cleo from 5 to 7 is a masterpiece, certainly, but the weird turns of Les Créatures, the dark undercurrent of domestic bliss in Le Bonheur and the kind, daily humanity of Daugerrotypes all show a filmmaker who had a specific vision but was always willing to challenge herself. (Yes, I bought the Criterion box set).

I discovered director Dorothy Arnzer, who was the only woman director working in the Hollywood studio system from 1927 to 1943 (when she retired). She was also an out lesbian (as much as one could be). Dance, Girl, Dance starring an early-career Lucille Ball is a delightful masterpiece and I paused to buy it on Bluray before I was even done watching it.

I’m on Letterboxd if people would like to follow along with my journeys into movies.
Posted by Steve Kopian at January 02, 2021