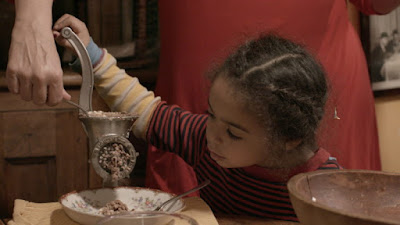 Running January 13 to the 26 The New York Jewish Film Festival is a must attend. Actually it is the first must see festival of every year. Yea I know some people say that's Sundance but the truth is NYJFF is the first fest I look forward to since it's a film that starts my Best of the Year list every year (I'm not joking).

A co-presentation between The Jewish Museum and Film and Lincoln Center the festival showcases films that transcend being just about Jewish matters but highlight things that cross cultures such as food and Broadway. Trust me when I say the films here are about humanity not just one segment of it.

I absolutely love this festival with all my heart.

If you want to know how great this festival is consider that I was seriously considering just quietly stepping away from covering films. I was and am burned out. Part of it was the Covid shut down limited what was out there. I was so disheartened I spent most of December not watching any films at all. And then I got an email from the festival stating it's line up and asking if I wanted to see any films. Suddenly I sprung to life and I began to dive into the films with abandon. I was jazzed about the films, not because there was anything I was looking to see rather because I knew that whatever I was going to see was going to be kick ass. In all seriousness this is one of the best programmed festival of any year. No they aren't perfect, but you will never see a film and wonder why you were seeing it.

As it stands now I've seen a good number of the films and I have a few more to go. I recommend everything.  However if you need a push toward something here are the absolute must sees of  the one's I've seen so far:

BREAKING BREAD- a hunger inducing hopeful film about making connections through food
ON BROADWAY- a wonderful look at the history of Broadway via the last 50 years
THE CROSSING- two Norwegian  kids must get the Jewish children their parents were hiding from the Nazi's to safety. It's nail biting fun
RED ORCHESTRA- the story of two seemingly unrelated groups that fought the Nazis is a documentary so good you'll curl up on the couch to watch it over and over again just like your favorite thriller
IRMI- Glorious portrait of a hell of a woman- this is a film we all need now

That's it for now. All that is left to say: For tickets and more information go here. 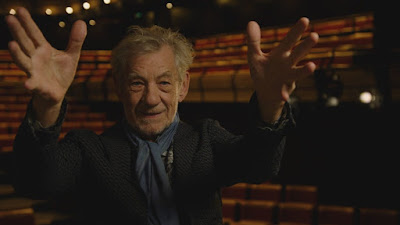 Email ThisBlogThis!Share to TwitterShare to FacebookShare to Pinterest
Labels: nyjff 2021